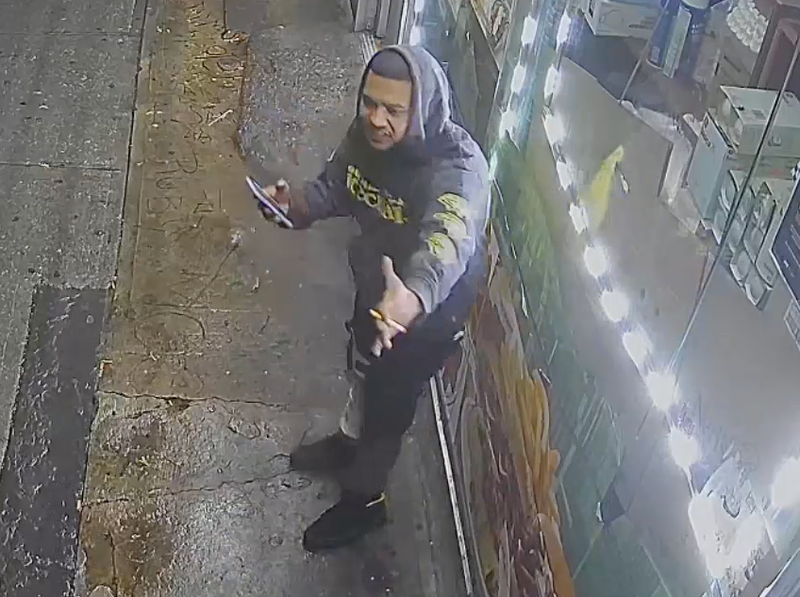 NEW YORK (1010 WINS) – A panhandler punched a man in the face, knocking out his teeth, after he was refused money on a Bronx street, police said.

The NYPD released surveillance images this weekend of a suspect in the April 24 attack in the Mott Haven section.

Police said the 29-year-old victim was walking at the corner of 138th Street and Saint Anns Avenue around 4:50 a.m. when his assailant came up and asked him for money. 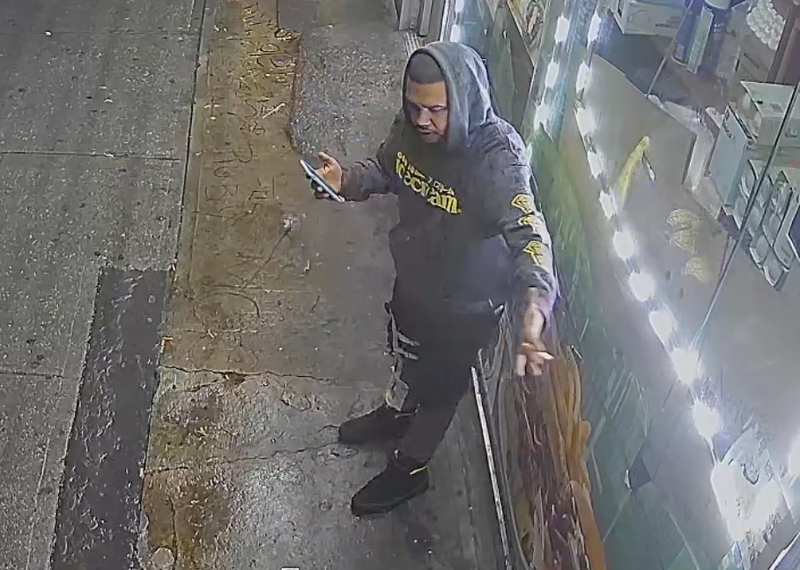 The victim told him he didn’t have any money to give, and the man punched him in the face, causing a laceration to his lip and the loss of several teeth, police said.

The victim was taken to Lincoln Hospital, where he was treated and released.

Police told the Daily News that the assault was over $1.

Police believe the suspect is in his 30s. 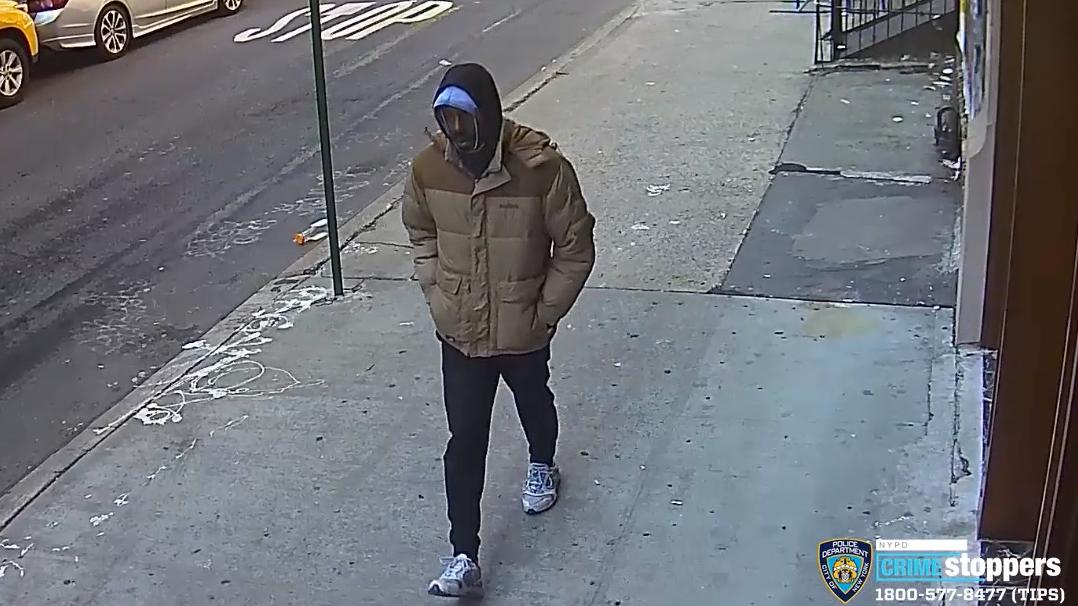