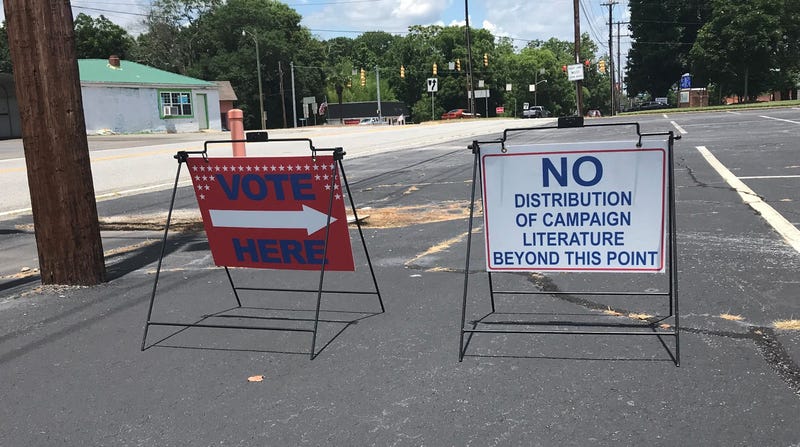 (Greenville, SC) - It's called "Operation Chaos" and it began with Rush Limbaugh suggesting in the 2008 election cycle that Republicans vote for Hillary Clinton in Democratic primaries to keep her in the race and divide the Democrat Party.

Fast forward to the 2020 election cycle and a similar effort is underway in South Carolina.  The state Republican party voted not to conduct a presidential preference primary, so GOP voters are being encouraged by some both within and outside the party to vote in the Democratic Presidential Preference Primary this Saturday to influence the outcome.

Republicans have long contended that Democrats vote in Repbulican primaries in South Carolina since many Democrat primaries are uncontested.  But is turnabout fair play?

District 37 Representative Steven Long, a Boiling Springs Republican, doesn't think so.  In a statement, Long said he wouldn't endorse the effort, but he understands the frustration people have with the system.  That's why Long has filed legislation in Columbia to establish registration by party which would restrict who could vote in party primaries.  Long said it's not uncommon for contested primaries to be won by a margin smaller than 5% and election meddling by members of an opposing party can easily tip the scale.

Long has co-sponsored registration by party legislation in the past, however those bills were not as thorough as the current bill H.5288.

You can read Representative Steven Long's complete statement below.

Columbia - SC House Representative Steven Long (R-Boiling Springs) filed legislation onTuesday to establish registration by party and close primary elections in South Carolina.“Our open primary system has been a problem for many years and this legislation is longoverdue,” Rep Long said. “This bill would help make our elections fair and honest. I encouragemy colleagues, both Republican and Democrat, to sign onto this bill and push for its passage.”

Rep Long said of the efforts to impact the Democrat Presidential Primary by Operation ChaosTrump 2-29 and others, “While I can’t specifically endorse such an effort I can certainlyunderstand the frustration that they have with the system and the desire to call attention to it bywhatever means necessary. It’s not uncommon for contested primaries to be won by a marginsmaller than 5% and election meddling by members of an opposing party can easily tip thescale. I’m hopeful that my colleagues will finally realize the importance of closing our primariesand pass this legislation without delay.”

This bill would establish registration by party in South Carolina and close the primaries underthe following rules:● Voters can opt-in for a party or the default is Independent.● A voters party affiliation can only be changed once every 2 years.● You must be independent or registered with a party 30 days prior to a primary election.● Only registered party voters and independent voters can vote in a primary.● If an independent voter votes in a primary they are automatically registered with thatparty (and must wait 2 years to change affiliation. This is to prohibit voters from changingback and forth between parties.)

sports
Crazy nugget puts in perspective how long Joe West has been MLB umpire
music
2021 ACM Awards: Old Dominion has 'friendly competition' going on with these fellow ACM nominees
music
A public memorial for DMX will be held at Brooklyn's Barclay's Center
music
Patricia Arquette’s most awkward date was with a convicted murderer: ‘I gave him a fake number’
sports
2021 NFL Draft: Is this the smallest wide receiver class yet?
music
Kyra Sedgwick was banned from Tom Cruise's home after touching his panic button