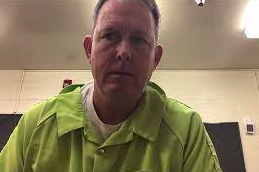 The banker accused of helping Alex Murdaugh siphon up and stash away millions in cash settlements owed to the disbarred lawyer's clients is now awaiting sentencing. Russell Lafitte was found guilty on all counts, but some closed-door drama delayed the verdict until late Tuesday night.

The case went to the jury at mid-morning, but ten hours later the foreman sent a note informing Judge Richard Gergel a couple of jurors were causing trouble, one complaining of health problems, and that another described as "hostile" was telling fellow jurors not to believe anything they heard in a Hampton County court.

The judge himself went to the jury room, then returned to the bench saying he had excused and replaced both of those jurors, a move one of the attorneys said he had never heard of in his whole career. Lafitte, whose family owned Palmetto State Bank, is now awaiting sentencing found guilty on six counts including bank fraud, conspiracy and misapplication of bank funds. He will remain free on bond until he is sentenced.