Breaking: UAPB to the Southern Heritage Classic presented by FedEx, replacing JSU in '23 and '24
By 105.3 The Fan Staff

It's unknown when the injury occurred.

More: It is possible Jason Peters misses multiple games, but the #Cowboys won't know for certain until all of his test results are back.

Peters will undergo additional testing, including an MRI, to determine the severity of the injury. He is listed as doubtful on the team's final injury report for Sunday's game against the Rams.

The Cowboys had increased Peters' workload over the past couple of weeks, giving him 14 snaps at left guard in his season debut against the Giants in Week 3 and 21 snaps against the Commanders in Week 4.

Connor McGovern, who rotated with Peters last week, will get the majority of the work at left guard against the Rams this Sunday. 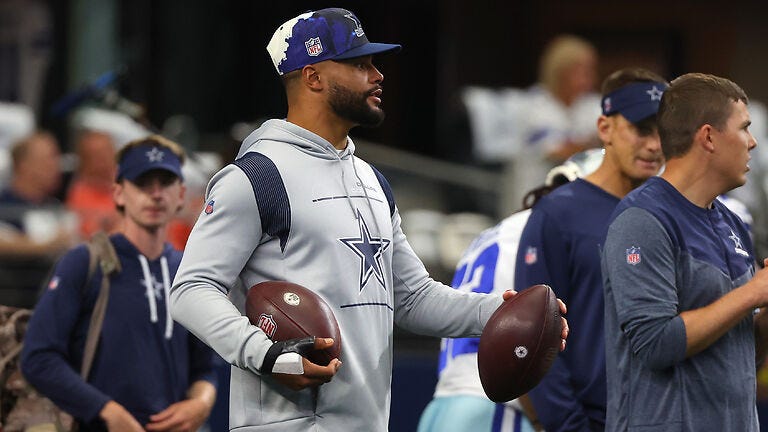