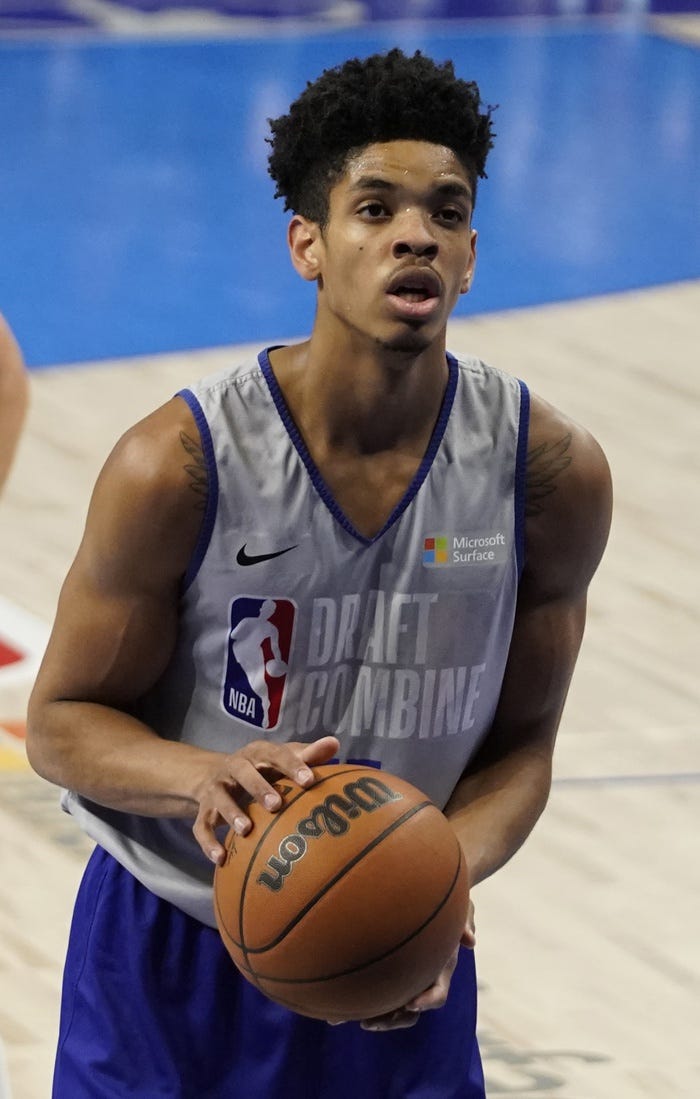 One year was all it took for NBA scouts to see the potential NBA frame of Memphis' Josh Minott. Despite limited minutes (6.6 PPG/3.8 RPG) Minott looks the part of an NBA style athletic forward for the future. In this case, for the Charlotte Hornets.

Full coverage of the NBA and Josh Minott/Tigers live on 92.9 FM ESPN.

MEMPHIS, Tenn. – For the second time in three seasons the Memphis Tigers had a pair of players selected in the NBA Draft, as Jalen Duren was picked 13th overall by the Charlotte Hornets and Josh Minott was selected in the second round with the 45th overall pick by the Hornets. Duren’s draft rights were subsequently traded to the Detroit Pistons via the New York Knicks.

Both Tiger freshmen were part of Memphis’ nation-best recruiting class this past season. Memphis has seen three first-round picks under head coach Penny Hardaway, with Duren and James Wiseman (2020, No. 2, Golden State) taken in the Lottery.
Precious Achiuwa (2020, No. 20, Miami) and Minott round out the professionals who learned under Hardaway in Memphis.

Duren, the 16th first-round pick in Memphis history, made an immediate impact as a freshman for the Tigers in 2021-22, leading the team in scoring (12.0 ppg), rebounding (8.1 rpg), blocked shots per game (2.1) and field goal percentage (.597). He started 29 games for Memphis, helping the squad return to the NCAA Tournament for the first time since 2014, and his efforts led him to American Athletic Conference Freshman of the Year honors. The Sharon Hill, Pa., native also earned a spot on the all-conference first team, and his 61 blocked shots on the season were third-most by a freshman in school history.

Minott showed considerable promise during his lone season in Memphis, as he was one of three Tigers to appear in all 33 games in 2021-22. Minott, who hails from Boca Raton, Fla., earned a place on the AAC All-Freshman Team, and he was the nation's only freshman in the last 12 seasons to have at least 30 assists, 25 steals and 20 blocked shots on the year while playing fewer than 15.0 minutes per game.

Hardaway’s 85 wins are second-most among 14 first-time NCAA Division I head coaches hired prior to the 2018-19 season and tied for third-most among Tiger head coaches in their first four seasons. In his tenure, Hardaway has mentored three first-round NBA Draft picks, three AAC Freshmen of the Year, five all-conference selections and five all-freshman honorees.