Several weeks ago, Ryan Tannehill caused a stir when he said it wasn’t his “job” to mentor rookie Malik Willis, who Tennessee selected in the third round of April’s draft. The Titans quarterback sought to clarify those comments during Tuesday’s press conference, insisting he and Willis have a great relationship.

“I meant no disrespect to Malik or anything close to that. We’ve been in constant communication since he was drafted, through the madness that ensued after my last press conference, over the last few weeks as he’s been in the building and kind of getting to know each other,” said Tannehill, who led the Titans to an AFC-best 12-5 record last season. “He’s a good person. He’s a talented player coming off a great college career. We’re happy to have him in the room.”

.@Titans QB @ryantannehill1 with a long, heartfelt comment about wanting to be a great teammate to @malikwillis.

Said he meant no disrespect to Malik and is disappointed with how things got twisted over his quote on mentoring.

.@ryantannehill1 said his relationship with @malikwillis has been great from Day 1 with the @Titans.

Tannehill’s earlier remarks were met with significant backlash, with many questioning the veteran’s qualities as both a leader and teammate. While Tannehill admits he may have been a bit clumsy in his word choice, the 33-year-old was surprised at how his comments were received.

“Really just kind of disappointed in how things got spun and twisted a little bit. I pride myself on being a good teammate. I have my whole career, going back to the time I was a kid playing youth sports. It’s something that’s been important to me from the beginning and will always be important to me,” said Tannehill. “Another thing that I think got blown out of proportion was when I said the word ‘compete.’ I compete every time I step foot on that football field. I compete against myself and the player I was the day before, the lessons I’ve learned, the little things I’ve picked up off the tape. I’m competing against the defense and if we’re doing QB drills, I’m competing against whoever else is out there. That’s just how I’m wired.”

After video of his press conference went viral, Tannehill quickly went into damage control, letting his teammate know he didn’t mean to offend him. “As soon as it blew up, I reached out to [Willis]. I said, ‘Hey, I’m going to be a great teammate. I’m going to support you. They’re making this out to be something it’s not,’” said Tannehill. “We’re going to continue to push each other, to learn from each other in the QB room. Encourage each other, as this thing goes forward. We’re all here for one goal."

A projected first-rounder who inexplicably fell to the late third round (86th overall), Willis begins his career with something to prove, entering the league with an enormous chip on his shoulder after being snubbed on draft night. Rookies—usually out of necessity—are often thrown into the fire before they’re ready, though that shouldn’t be an issue for Willis, who figures to spend his debut season behind Tannehill. 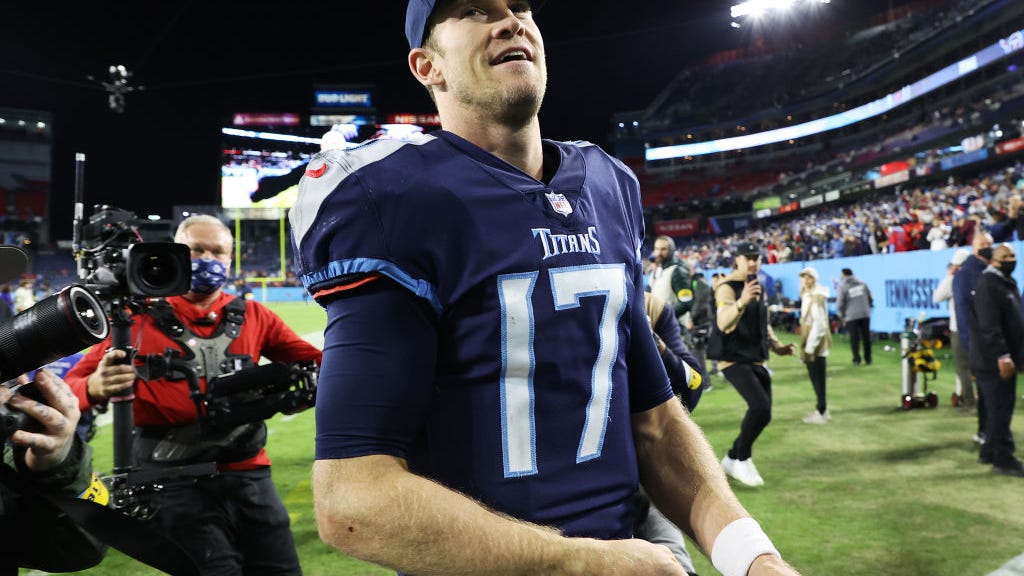