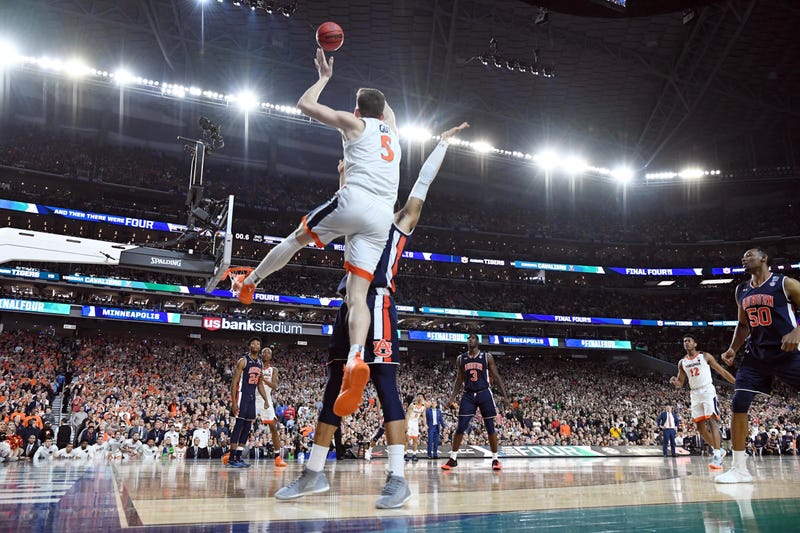 CBS College basketball analyst Clark Kellogg joined Dukes & Bell to talk about the final four, was it the right call at the end of the Auburn-UVA game, and is this the ultimate redemption story for Virginia.

Clark told the guys the human element is a part of the game.

“Things happen, calls are missed.” Kellogg said “The human element should never been eliminated, there’s a human element involved in all of this, all of life. Sometimes it just doesn’t go your way and that’s a lesson of life, but credit to Guy for hitting the free-throws, it’s disappointing but much more is revealed about you in these situations and I applaud Bruce Pearl for how he’s handled it.”

Kellogg said there is beauty in a good defensive game.

“The tournament always delivers without fail, there are always great stories and drama.” Kellogg said “There’s great beauty in clean hard fought defensive games, because shots are at a premium, ultimately you have to have talent and there is NBA talent on both rosters, you have to have great coaching, so all of the elements are here.”

Clark talked about if this is the ultimate redemption story for Virginia.

“You couldn’t have scripted it any better.” Kellogg said “Obviously, the dubious distinction of being the first one to lose to a sixteen, but this team never ran away from it. Bennett have Guy and Jerome with him at the press conference last year instead of the seniors was about personal growth for them, to win it would be indescribable for them.”