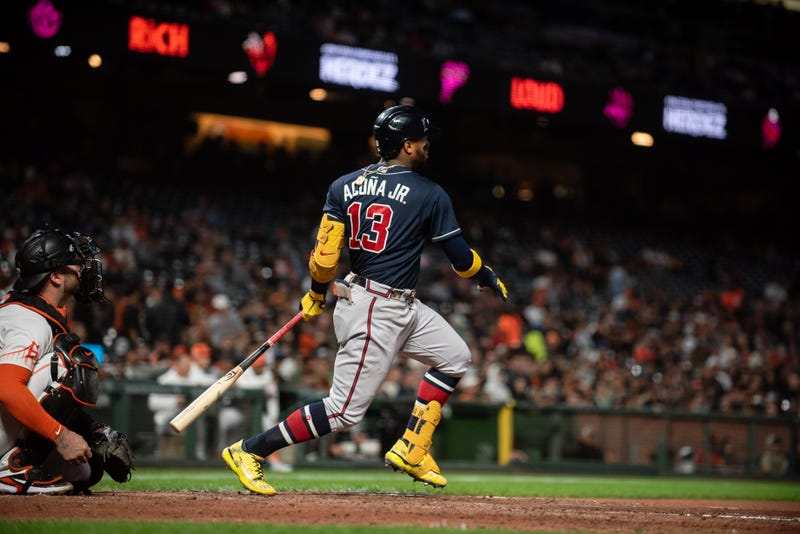 With the race for the NL East coming down to its final days, the Braves are all of a sudden dealing with another round of injuries to key pieces throughout the lineup and the rotation. Dropping the first two games in Philadelphia continued a trend that Atlanta may need to reverse in order to capture their 5th straight division title.

Ronald Acuña Jr. has been out of the lineup for both losses—he also remains out today—and the Braves entered the day 0-6 without the star outfielder since the All-Star break. With Ozzie Albies out once again, Matt Olson and the rest of the offense continuing to struggle, Grant McAuley & Caleb Johnson said on 92.9 The Game’s From the Diamond that getting Acuña back in the lineup is paramount.

“It seems like the catalyst of all this is, you’ve got to get Ronald Acuña healthy and get him back in the lineup,” Johnson said.

It doesn’t appear that the back injury is something that will keep Acuña out for an extended period of time, but as was the case when he returned from his ACL injury, McAuley said that just having him in the lineup—even at less than 100%—is a boost for the entire team.

“It's a barometer for the Braves' success…You knew that the team was going to be better when Ronald Acuña plays, even if you’re getting 65 or 75% of him and he’s still dealing with a knee issue. You just felt better when he was in the game and had a chance to bat four times and maybe make a few plays," he said.

Acuña previously missed games with soreness in his surgically-repaired knee but the back issue is a new ailment, so it’s understandable that the club is willing to keep him in proverbial bubble wrap when they can. However, with the division still up for grabs with the Mets, who lead the division by 2.5 games, coming to town next week, it’s difficult to imagine Acuña won’t be in the lineup in some form or fashion.