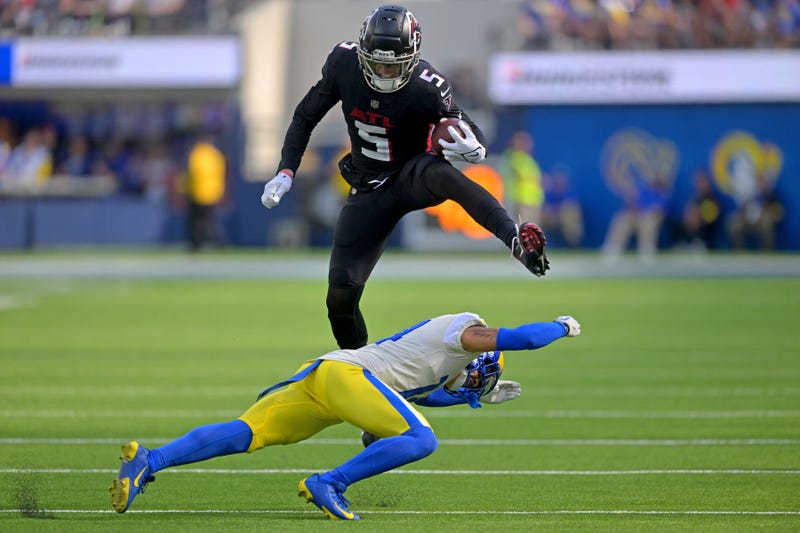 Heading into Sunday’s matchup with the Seahawks, the conversation around Atlanta has largely been dominated by the number of targets for Kyle Pitts, but that’s allowed a fast start for another Falcons pass catcher to fly a bit under the radar.

First-round pick Drake London has been every bit as advertised through the first two weeks of the season and leads the team with 13 catches—tied for 13th in the NFL—for 160 yards with a touchdown. While fans and media alike can argue if the Falcons needed a wide receiver with the eighth overall pick in April’s draft, 92.9’s Falcons reporter Joe Patrick joined the Other Side of the Glass to say that the former USC Trojan has made a seamless transition to the NFL.

“You see the physicality and the speed, and it’s that combination of the two that makes him so devastating. It's funny to think about the talking points around him after he was drafted. It was all this ‘is he fast enough to win downfield or beat you downfield’ or however you were questioning Drake London…He’s clearly going to be able to beat you all over the place because of what he presents physically and obviously, he’s a great catcher of the ball,” Patrick told Chris Thomas & Beau Morgan.

With 56 yards after the catch, Patrick said London’s ability to snatch the ball out of the air with ease allows him to focus on getting upfield. Patrick also said his start is even more impressive considering the fact that he missed most of training camp with a knee injury suffered in the first preseason game.

As for the Pitts discussion, while the tight end has just four catches on the year, Thomas and Morgan contend that the attention he commands has allowed London and other receivers to get open.

Regardless of who gets the most targets, at 0-2, the Falcons are in need of a victory Sunday in Seattle with kickoff set for 4:25. You can catch all the action on 92.9 The Game!