The discussion of Kyle Pitts' production and usage through two weeks has taken center stage nationally as Falcons fans and fantasy football participants everywhere wonder why he hasn't looked like the Pro Bowl tight end he was during his rookie season.

Atlanta Falcons head coach Arthur Smith, who joins Dukes and Bell every Wednesday afternoon, was asked about Pitts and explained that it wasn't a case of the offense not calling play designed for him. 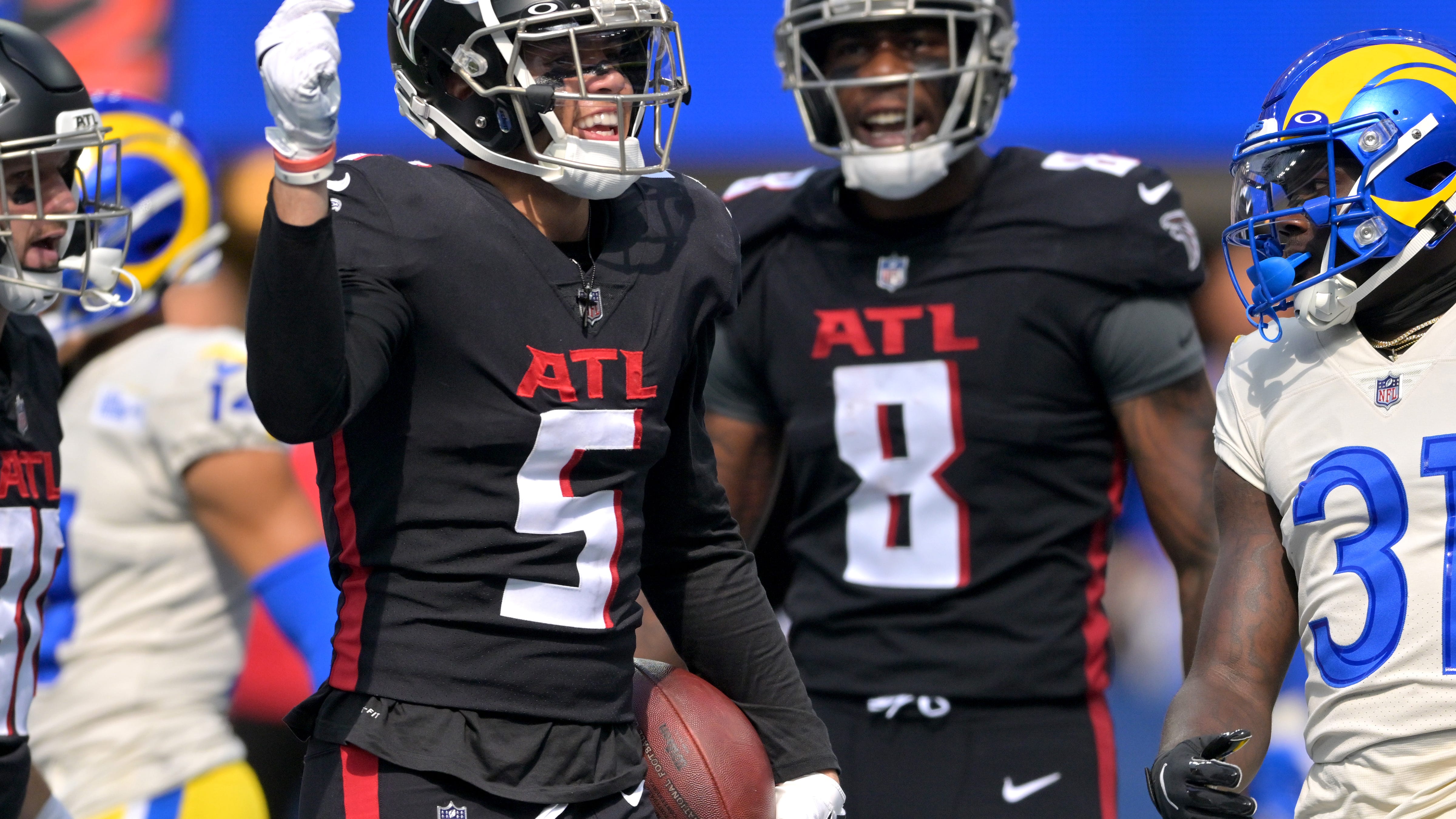 Kyle Pitts 'has been targeted a lot,' was primary receiver on 13 plays vs Rams

John and Hugh heard the comments from Smith and have seen some of the statistics presented by NFL and fantasy experts, and try to break down exactly what is leading to the issues getting Pitts the ball.

If the stats are accurate and Smith's comments are true, maybe it's not about Pitts or the play-calling, but about the execution of Marcus Mariota.

"I think when you have a generational talent like him (Pitts), there are times where you have to thread the needle, pull the trigger and put the ball in tight coverage, and I don't know if Marcus Mariota is comfortable doing that," says Hugh Douglas. "When I think back on some of the throws he's made, they are comfortable throws. There is not a time I can think of where I've seen the ball thrown between two defenders."