The Atlanta Hawks have jumped out of the gate to win nine of their first 14 games and find themselves only two games off the East-leading Boston Celtics. While the wins are showing up, the team has been a bit hot and cold at times on the court.

Trae Young has struggled with his efficiency while the team is still largely learning how to play with one another. But the wins have come nevertheless.

The host of the Atlanta Hawks Radio Network, Mike Conti, joined the Morning Show on Tuesday to discuss where the team is right now, and most importantly, how much better the Hawks can be as the season goes on. Mike emphasized that the renewed commitment on the defensive end of the floor is a critical component to the team's success and that Dejounte Murray has set the tone on that end of the floor.

A perfect illustration is what the Hawks did to a very talented Milwaukee Bucks team Monday night by not giving them anything easy. Atlanta had 20 points off 17 forced turnovers while holding the Bucks to 41.5 percent shooting from the floor and 20.7 percent from 3.

"What we're starting to see is that when the Hawks have the defense dialed up at the appropriate level as they did last night, they are very, very difficult to beat," Conti told the Morning Show. "I think they're 9-0 this year when opponents are shooting 43 percent or worse against them in a game."

To be fair, the Bucks were without Jrue Holiday and Kris Middleton, but Conti still sees this as a truly comprehensive performance that illustrates how good this team can be when the defensive intensity is throttled up.

"The defense was feeding the offense and that's what you want to see," he explained. "That's the type of basketball that Nate McMillan wants these guys to play. And look, they're 9-5 and third in the east going into a showdown game against the best team in the league tomorrow night in Boston."

Just last year, Atlanta ranked 26th in the NBA for defensive efficiency, but they have shot all the way up to sixth this year. They have held their opponents to under 100 points on four different occasions. The Hawks' renewed commitment to defense has helped be the support team while the offense still figures itself out. 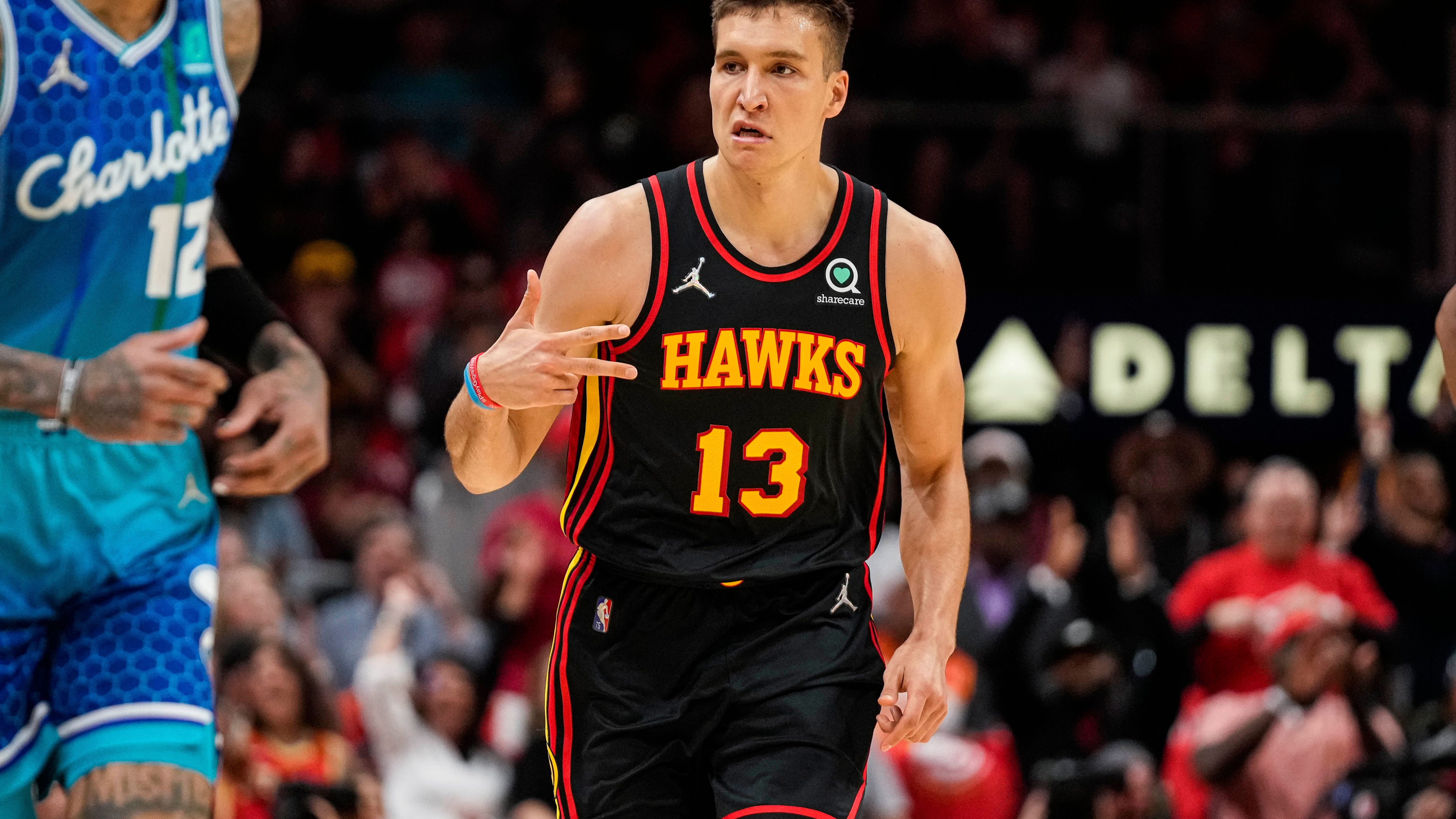 That's a clear illustration of a shift in defensive intensity, spurred by the addition of Dejounte Murray.

"I think the key to making that difference has been the addition of Dejounte Murray," Mike said. "[Murray] is a superstar-caliber player who has shown a visible commitment to defense and playing the game on both ends of the floor hard and I think the rest of the Hawks team is starting to feed off of Murray's defensive intensity. It's really cool to see."