Atlanta United made the decision to part ways with Gabrielle Heinze on Sunday afternoon after a 1-0 loss to New England on Saturday.

Whether the decision to move on was related to Heinze keeping Josef Martinez away from the team or if it was performance related is unknown. But it's a move that United's front office felt they clearly needed to make.

Eales: "There were some issues that were concerning us that were not related to on the pitch or the Josef issue."

There is no question that United's level of performance is not what they have been expecting or used to, from a wins aspect or from an excitement level and goal-scoring angle.

As the Atlanta United brass, most notably President Darren Eales and Technical Director Carlos Bocanegra, start another coaching search a name familiar to Atlanta United fans has possibly entered his name for consideration.

A person familiar with Frank de Boer, and I'm being serious, said he would be glad to return to #ATLUTD and #MLS.
So, one hat is in the ring.

While Frank de Boer may not be remembered by many as having a great run with United, he actually should be looked at as more successful here in Atlanta than he is.

While with United, de Boer won both the U.S. Open Cup and the Campeones Cup and was one penalty kick miss away from playing for a MLS Cup.

He was eventually let go after an 0-3 run in the MLS Is Back Tournament, a stretch of games that United played without Josef Martinez after his ACL injury.

In 55 games as United Manager de Boer had 31 wins and five draws compared to just 19 losses. 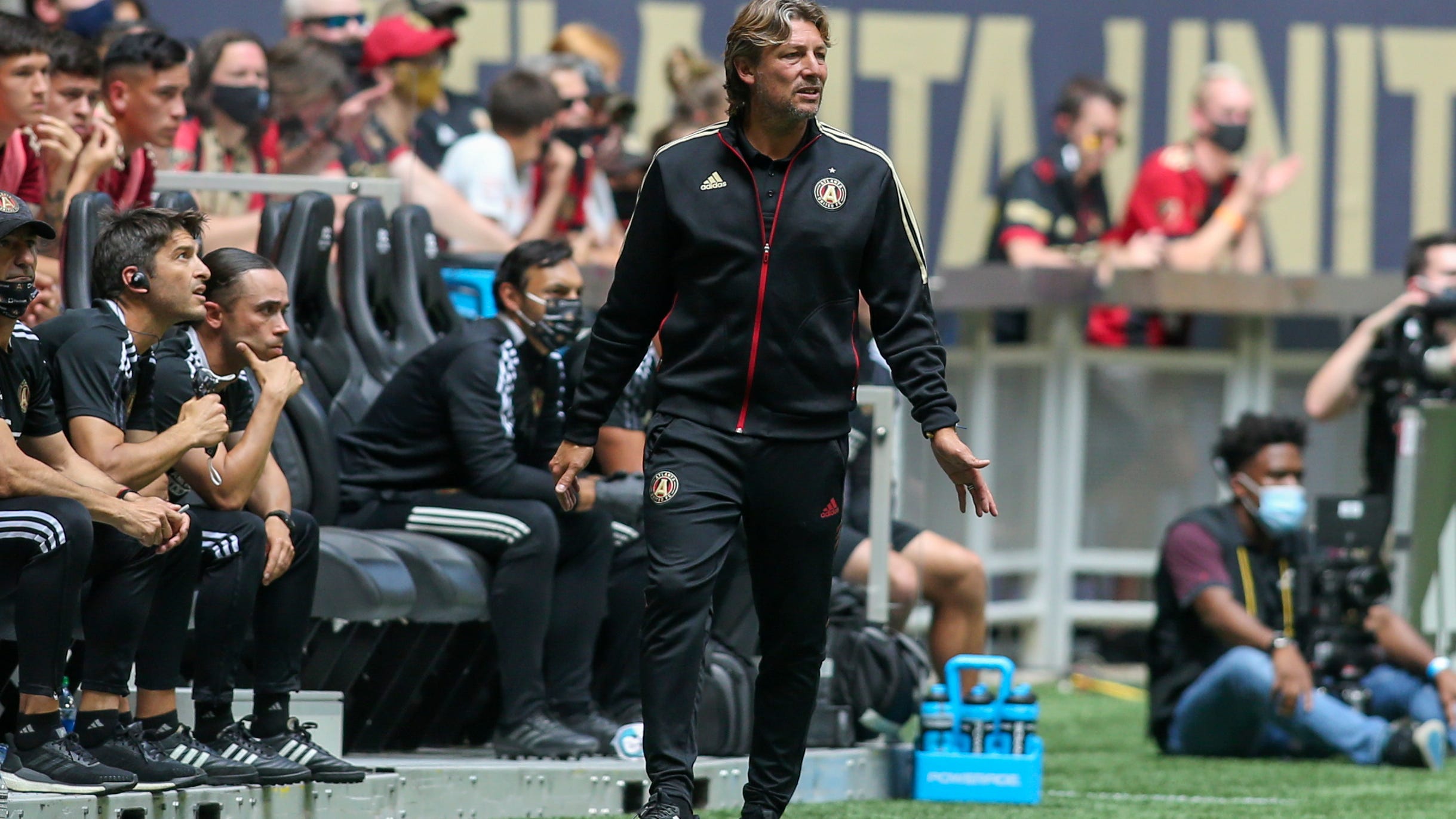 United scored 91 goals in 55 games under de Boer and have mustered just 13 goals in 13 games for Gabrielle Heinze.

After leaving Atlanta United in the middle of the 2020 season, de Boer was hired the be the manager of Netherlands, but he left that role in late June after a less-than-desirable run in Euro 2020.

de Boer may not be the leading candidate or the person who eventually gets the job, but he shouldn't be immediately dismissed from consideration either.