Sixers training camp is underway in Charleston, South Carolina, where coach Doc Rivers hopes to get through to his players, particularly All-Stars James Harden and Joel Embiid, as they prepare for the regular season, which begins October 18th at Boston. Along with establishing a low-post presence with Embiid (who has finished runner-up to Nikola Jokic for MVP the past two seasons), Rivers has made Harden’s leadership role a point of emphasis, urging the All-Star guard to set an example for his younger teammates, letting them feed off his intensity.

Despite his obvious scoring talent, Harden has faced questions about his commitment level both on and off the court, appearing too passive at times, deferring to teammates when Rivers would prefer he trust his instincts. “You’ve got to be a leader,” Rivers expressed during his two-minute pep talk, encouraging Harden to be a unifying force for his struggling teammates, especially Tobias Harris and Tyrese Maxey, who Rivers has noticed lagging in recent practices. “But we got to establish Jo and you as the pecking order. This ain’t a democracy.”

The whole exchange provides a fascinating window into the Sixers’ locker-room dynamic as well as Rivers’ expectations for both Harden and Embiid, challenging them as veteran leaders, holding teammates accountable while buying into Rivers’ vision.

“You’re going to get it. Just keep your spirit right because to me, I can see you sometimes [hands on knees] and I can see Joel. It’s a process, right?” asked Rivers. "And then, when you see someone else’s spirit [down]. Right now, who else is struggling mentally a little bit is Tobias and Tyrese. So we got to get them going.”

Coming off a frustrating season that saw him average his fewest points in a decade, Harden seems determined to right the ship, taking a significant pay cut to return to Philadelphia this offseason while working hard to improve his conditioning (he claims to have lost 100 pounds), shedding his famous potbelly in favor of a slimmer, more aerodynamic physique. 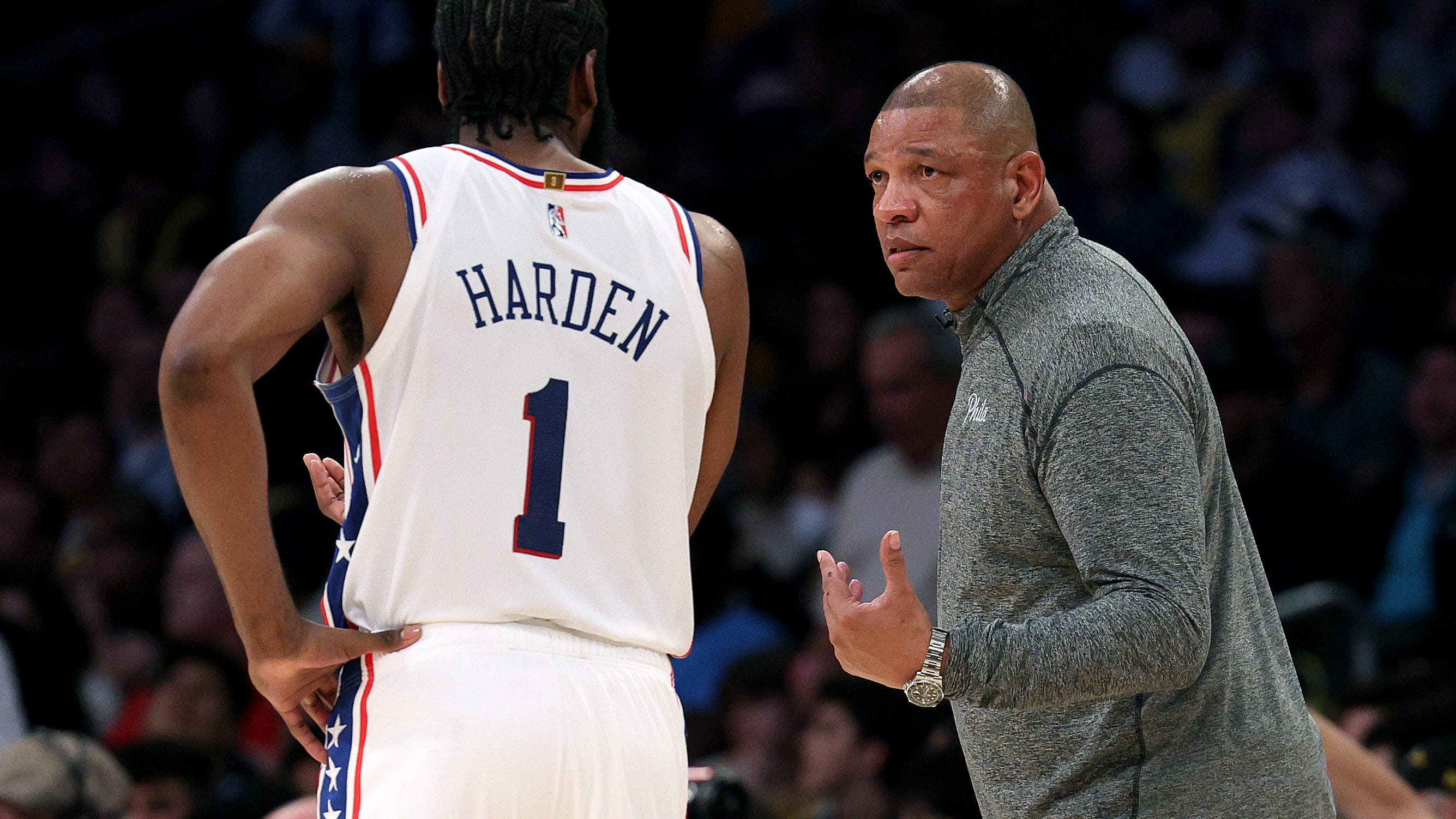