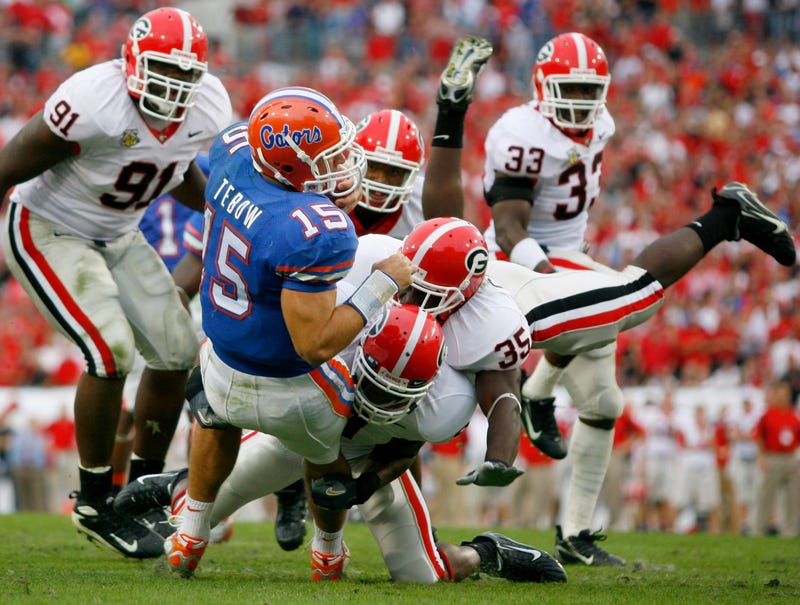 The rivalry between Georgia and Florida has seen its fair share of memorable moments, but perhaps none more prominent than the entire Bulldogs sideline pouring onto the field in Jacksonville after the team’s first touchdown in 2007.

Drew Butler was a freshman on that 2007 Dawgs team that would go on to finish the season 11-2 with a win over Hawaii in the Sugar Bowl, but the "Gator Stomp” is the lasting image of that campaign. On 92.9 The Game’s The Steakhouse, Butler shared his memory of how it all came together.

“Coach Richt on that Tuesday, he told the team 'if you score first, you can get a 15-yard penalty.' Which means what? Excessive celebration, have fun… When they were driving down the field, Marcus Howard was on the sidelines telling everyone ‘when Knowshon runs it in, we’re storming the field.'” Butler said.

The Bulldogs did just that. And while the Gators would score on their ensuing possession and the game went back and forth, Butler says there was no doubt on the UGA sideline that the red and black were walking away with a victory that day.

“The game was over literally after that point,” he said.

As for the size of the celebration, Richt would later clarify that he envisioned the 11 players on the field participating rather than the entire team. Regardless, the Bulldogs did win the day with a 42-30 final score, but the celebration didn’t sit well in Gainesville. The following season, the Gators routed the Bulldogs 49-10 with the Gators calling three timeouts in the final two minutes of the blowout.