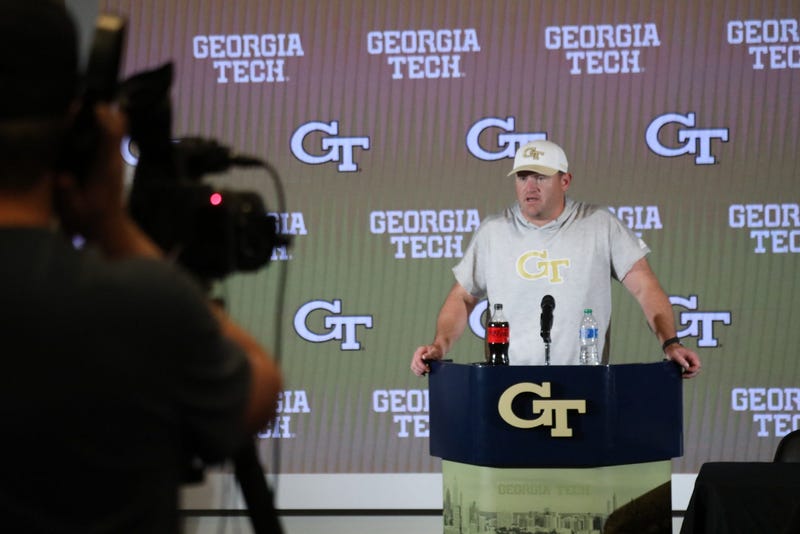 If you were to ask any Georgia Tech fan would they take a 4-3 finish under interim coach Brent Key after the way it started under former head coach Geoff Collins, they'd be hard-pressed to tell you no.

Tech has overcome a disastrous start, and the loss of their first- and second-string quarterbacks, to turn this season around, going from 1-3 to 5-6 and 4-4 in conference. And, a win Saturday against UGA gets them six wins and postseason bowl birth.

Key has been the catalyst for that turnaround, instilling a workmanlike attitude that has Tech competing each week. That attitude isn't lost on Kirby Smart either.

"They’re playing really hard now, and I think he’s done a tremendous job at getting these guys to compete," Kirby said in his Monday presser. "You know, he played there. And when you’ve got someone that played at that university and that’s their alma mater, there’s a certain level of want to, desire to represent the university the right way."

The question now is if new AD J Batt will remove the interim tag this offseason and make Key the head coach. He's certainly got momentum on his side, and his players have responded to his coaching.

It's tough, though, with interim coaches, as very few end up not only keeping the job, but being successful going forward. And Tech is an attractive job, with its conference affiliation, big-city location, and fertile state recruiting ground. Plus, this is still Key's first experience as a head coach, with other possible candidates with much more.