The Tampa Bay Buccaneers haven’t had the best start to the season but they scraped by with wins in their first two games. However, they scored only one offensive touchdown in each of those games – a trend that continued in Sunday’s 14-12 loss to the Green Bay Packers.

Tom Brady was able to lead a touchdown drive late in the fourth quarter, but the Bucs failed to convert the two-point conversion that would’ve tied the game at 14 with 14 seconds left.

The lack of offense is worrying for Tampa. They may be without a few of their offensive weapons due to injury but the play-calling is a concern as well.

“It starts at the head. We’ve gotta talk about the coaches a little bit here,” Hudson said (5:40 in player above). “We’ve gotta talk about some of the play-calling. You fall short on a play and you decide to follow up with a trick play? With the butterfingers you have been dealing with all game? I mean, come on! I wanted to just dismiss myself. I wanted to fire myself on behalf of everybody else and just exit the stadium and call it. How do you call a trick play after this when you’ve already seen that there’s no accountability in these wide receivers?

Hudson stressed the importance of keeping it simple. Running a trick play for a loss of 12 yards is the exact opposite of that.

“It makes me question … was it the right time for Bruce to leave?” she continued. “This offense needs something and what they’re working with is not it. I know Bruce is still in the front office. I know that he still has conversations and whatnot, but he’s not calling plays. He’s not out there. He’s not doing it.”

Arians was persuaded by GM Jason Licht to come out of retirement to join the Bucs in 2019. He went 31-18 in his three years with the Bucs, including 24-9 with Brady in his last two. Of course, he led the Bucs to a Super Bowl victory over the Chiefs in the 2020 season. He then announced his retirement this past offseason with Todd Bowles taking over head coaching duties.

Brady and the Bucs face a tough test against Patrick Mahomes and those Kansas City Chiefs on Sunday Night Football as they look to rebound in Week 4. 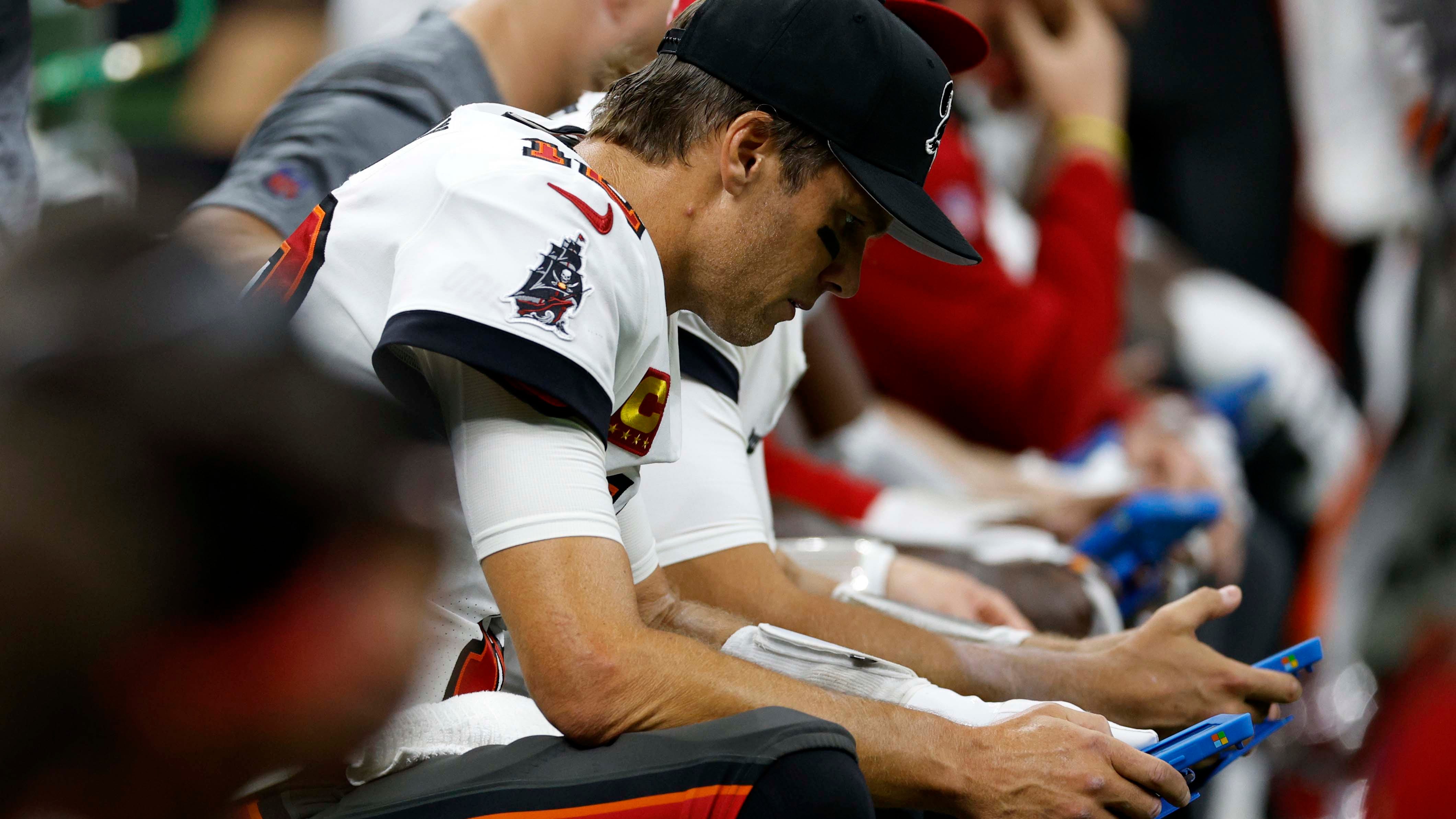