The Mets entered this offseason playing defense and they’re defending their turf pretty well. They started off locking up Edwin Diaz, then replaced Jacob deGrom with Justin Verlander.

Brandon Nimmo was still up in the air until Thursday night when it was reported that the Mets will re-sign the center fielder to an eight-year, $162-million contract.

As the offseason progressed, it became increasingly clear that it’d be best for New York to re-sign its leadoff hitter.

WFAN’s Evan Roberts of the Audacy Original Podcast “Rico Brogna” explained why the Mets had no choice but to bring back Nimmo.

“I think this was starting to become an obvious thing for us: the Mets had to re-sign Brandon Nimmo,” Roberts said (2:40 in player above). “All these other arguments or discussions or what he’s worth or what he should get, but here was the reality that I think we all agree on – and we don’t all agree on anything together – I think we’d all agree that it was going to be almost impossible for the Mets to adequately replace Brandon Nimmo.”

Roberts was in the middle of brainstorming some backup options for the Mets if Nimmo left when he heard the news.

“The ideas I was thinking about and going through … they were clunky, they were risky, and they weren’t as good. Bottom line. Look, Brandon Nimmo comes with concerns, sure, everybody does,” he said. “You go into any move eyes wide open, understanding the risks that are involved but replacing Nimmo was going to be nearly impossible.”

Roberts brought up a good point that there aren’t many good center fielders in baseball period, let alone available in free agency in the next few years.

Some of the names with contracts expiring after the 2023 season are Cody Bellinger, Kike Hernandez, Harrison Bader, and Michael Taylor – not the best bunch. Nimmo certainly sounds better than those options.

While he wasn’t one of the big-name free agents, Nimmo is a solid guy at a premiere position.

“While Brandon’s not a perfect player, he’s become a very good defensive center fielder – he still plays a little bit too deep, but whatever – doesn’t have the greatest arm in the world, but a real solid defensive center fielder,” Roberts said. “He’s an on-base machine. He also has been clutch for us, let’s admit that, I think most Met fans would admit, big spot – I keep thinking about that series against the Phillies, that amazing comeback against the Phillies. Just one example. Brandon Nimmo’s a clutch player so bringing him back became a must.” 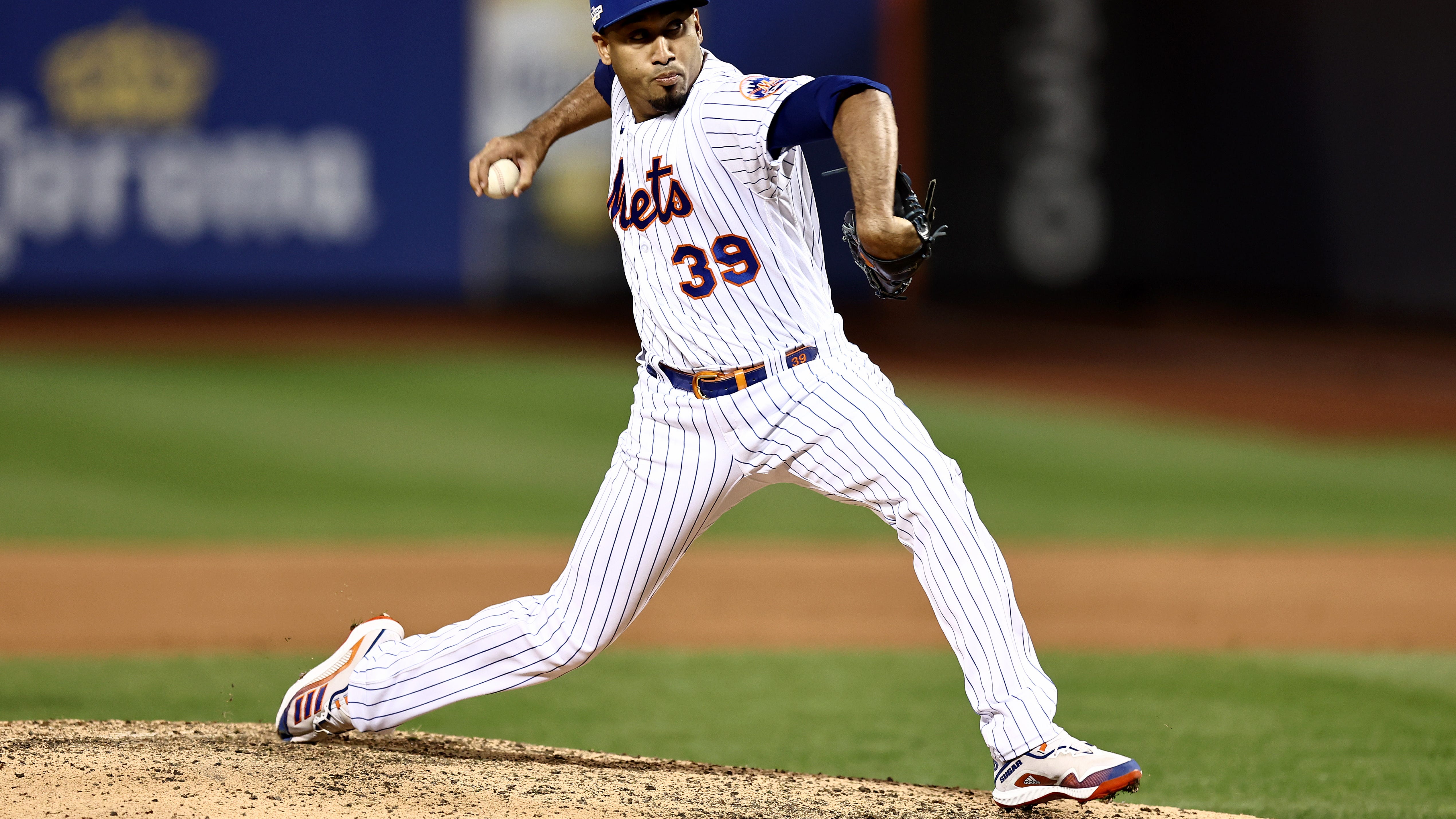 Evan Roberts: Mets were forced to play defense this offseason