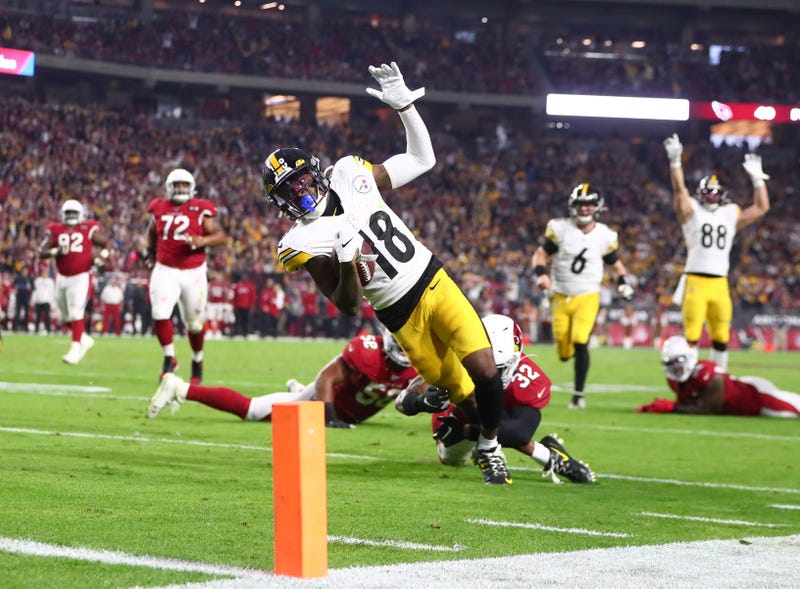 Diontae Johnson has never played this much football in his life, and he’s feeling it.

“Tired, I’m hitting the rookie wall or whatever,” Johnson said Thursday. “I’m still pulling through. My teammates are talking to me and whatnot, telling me to get through it.

“I’m just tired overall. But I’m still going to play my behind off for my teammates. Can’t let that be an excuse. I’ve just got to take each day at a time.”

Johnson, a third-round pick out of Toledo, has caught 47 passes for 545 yards and four touchdowns in his first year as a pro. He also returned a punt for a touchdown against Arizona two weeks ago.

But the ‘rookie wall,’ is a real thing that many athletes have to deal with, and Johnson is no exception.

At Toledo, Johnson played in just 38 games in his three years, never playing more than 18 games in a season. He is about to play his 15th game of the regular season with the Steelers.

“It’s different because, obviously, the season is longer,” he said. “College, it’s not that long. I mean, it’s a 17-(week) season. I feel like I’ve been here for so long. It’s just how you take care of yourself.

“Preparation, I didn’t really take it serious in college. Practicing hard, eating healthy. You’ve got to eat healthy, get your body the right nutrition. And just driving a lot of water.”

Johnson has played in each game this season, and has caught a pass in every game, including five for 62 yards against Buffalo Sunday. He thinks he’s done all he can do to physically be ready.

“Just keep taking care of my body, like the way I’ve been doing,” he said. “You’re going to have little injuries that nag you, but it’s what you do to maintain them, so they don’t keep lingering.”

The Steelers will need Johnson, even if they do welcome the return of top wideout JuJu Smith-Schuster, who has been battling a knee injury.

Pittsburgh is sitting at 8-6, currently fixed in the final playoff spot in the AFC. But that could fade away with a loss Sunday.

“We control our own destiny, although we lost last week,” he said. “It’s still in our hands to finish it off and seal the deal.”

Hear more from Diontae Johnson below.