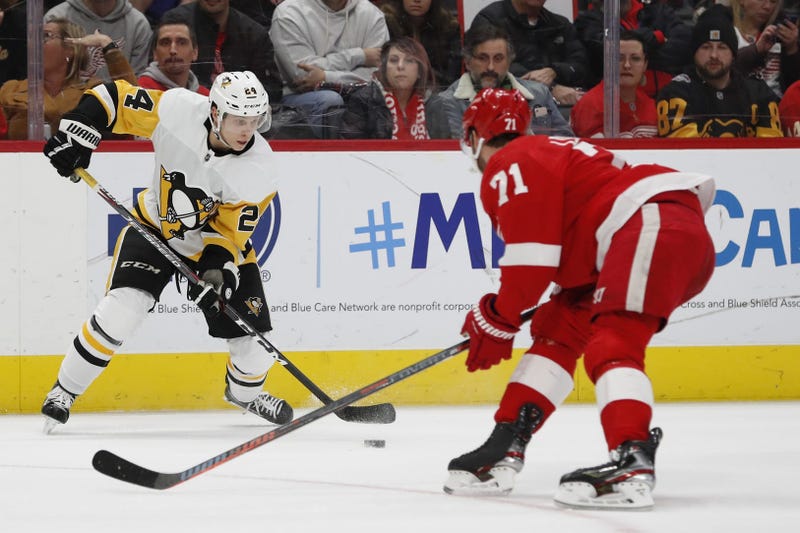 Dominik Kahun is able to recall how he received a concussion, but would not talk about that after he joined the team for Thursday’s practice, his first time since January 19.

“I skated a lot. We did some hard work. I actually don’t feel bad, but being out there with other people again the time was a little new again for me. But it was okay.”

“We’ll see how he responds to the practice today and then, ultimately, the next step is full contact before he returns to play,” Penguins coach Mike Sullivan said. “But the fact that he rejoined the team is real encouraging because that means that he’s at the next stage.”

Kahun believes that he had a concussion two years ago, in Germany, but that it was not specifically diagnosed as such. He missed a week with that injury. This one has kept him out nearly a month.

Dominik Kahun is practicing with the #Pens in a non-contact jersey. He’s been out since January 19 with a concussion. @937theFan pic.twitter.com/K7dVcue7tG

“It’s a different injury, a tough one,” the 24-year-old forward said. “When you get something with your hand or your legs, you just know what happened and time to recover. With this, you never know. It can take one week, it can take a month. Every guy is different.”

One positive to the timing of Kahun’s injury was the, for a large portion of his recovery, the Penguins were not playing due to the All-Star Break and the team’s bye week.

Kahun has only missed six games, but his absence meant an end to what was a steady line combination of himself, Evgeni Malkin and Bryan Rust.

“I got the chance there, I did pretty good,” Kahun said. “It’s bad timing, for sure. But there was the break and I didn’t miss too many games.”

Injuries are nothing new to the Penguins, who have been hit with more ailments that any team in the NHL to this point. But, entering Thursday, Pittsburgh is only three points in back of Washington for the top spot in the Metropolitan division.

“It’s (been) the whole year,” Kahun added. “Guys have been missing almost every game. I don’t know if we’ve played one game full. But we’ve got such a great team. If anyone is missing, the guys are great.

“The guys did a great job. I’m still taking my time. I want to be 100 percent when I play again.”