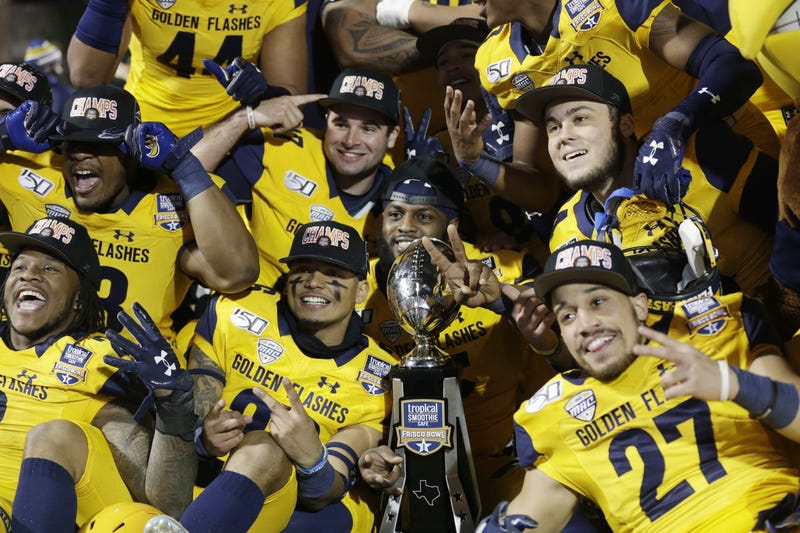 CLEVELAND (93.7 The Fan) - The dominos continue to fall for college football.

The Mid-American Conference announced on Saturday that they will be canceling its football season for 2020.

While the MAC programs weren’t the first of the FBS programs to cancel sports, they are the first entire conference to feel the aftershock of COVID-19 in the form of outright cancellation.

In no small part, the cancellation was likely facilitated by Power 5 programs revising their schedules to feature only intraconference matches, along with the safety and health concerns from coronavirus.

Group of 5 schools that were originally scheduled to play against heavy-hitting football powerhouses could have felt the pressure of financial shock waves after P5 schools reformulated their football seasons.

Brett McMurphy of Stadium broke reports of the MAC’s intentions for the year.

But McMurphy also reported that MAC programs will attempt to play in the spring.