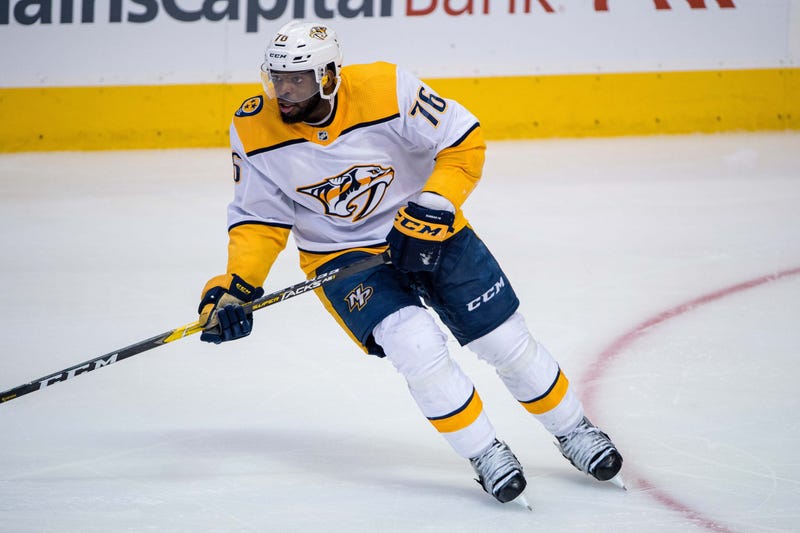 VANCOUVER, British Columbia (AP) — The New Jersey Devils acquired P.K. Subban from the Nashville Predators on Saturday in exchange for Steven Santini, Jeremy Davies and a pair of draft picks.

Just hours after taking American center Jack Hughes with the No. 1 pick of the NHL draft, the Devils landed a star defenseman to potentially share the ice with their new young forward.

Subban was thought to be on the trade block because of his $9 million salary cap hit for each of the next three seasons. But it's a fit for the Devils, who are expected to have more than $30 million in cap space.

The 2013 Norris Trophy winner spent the past three years in Nashville and had 31 points in 63 games last season. But after consecutive early playoff exits, the Predators are clearly trying to make some changes.

"We had to make a business decision. With an aim at strengthening our forward corps this offseason, and the continued strength of our defensive group, we felt it was necessary to clear up salary-cap space this way," Nashville general manager David Poile said.

The popular Subban was traded for the second time. After becoming a star in Montreal, Subban was dealt to Nashville in June 2016 and helped the Predators to the Stanley Cup Finals in his first season.

He's now a big piece for the Devils with three years remaining on his current contract.

Santini has played parts of the past three seasons for New Jersey. He had a goal and three assists last year in a career-high 39 games.

Davies was a seventh-round pick of the Devils in the 2016 draft but instead went to college and spent the last three seasons playing for Northeastern.