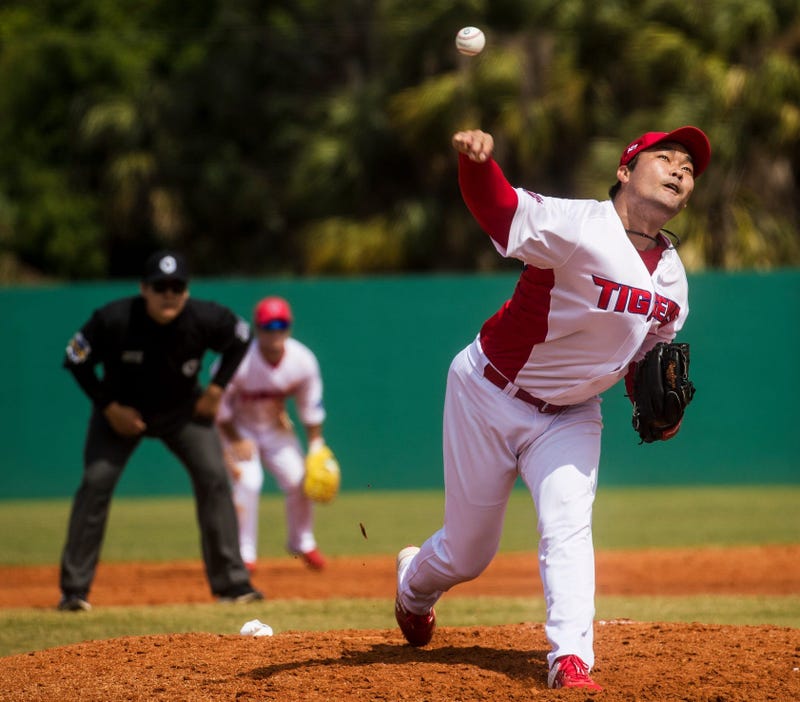 PITTSBURGH (93.7 The Fan) Baseball is back….at least in the Korean Baseball League (KBL)…but we have baseball to watch if you want to get up early in the morning and see it live. Post-Gazette Pirates Beat Writer Jason Mackey said to Cook and Joe when he joined their show on Tuesday that he thinks Major League Baseball (MLB) is watching and learning from this.

Mackey says they are paying attention to how the players are staying safe with the social distancing measures being taken. They are also monitering how the testing works with players coming in and out of the park, as well as what games look like without fans.

Playing without fans is a concern for the owners who would be losing gate money and putting teams in financial constraints. Mackey talked about this in an article he wrote for the Post-Gazette entitled “I hope baseball gets this right.”

He says that what he doesn’t want to see is MLB and the players association bickering over the financials and salaries, ultimately not being able to work out a deal because of it.

“I think both sides need to recognize the bigger picture which is part of what I was emphasizing…the importance that baseball plays I think to all of us,” Mackey said. “If baseball could figure out a way to get this thing done, and do it amicably, I do think there would be enough money to go around.”

Mackey says the owners want the players to take pay cuts if a season is played without fans. Players look at it as though the owners are billionaires who could afford to pay them the salaries they negotiated. That being said….He thinks the players want to get back to playing.

I think the larger majority of guys want to get playing baseball again, “ Mackey added. “I think there is about 20 percent that are skeptical of the plans the owners have in place at this point.”

Mackey also talked about changes that could be coming to the game once it does resume and that could mean implanting the designated hitter in both leagues and playing seven inning doubleheaders multiple times a week and having modified ways of not playing extra innings.

“It is going to be interesting to see what baseball comes out with,” Mackey said. “I don’t think they are just gonna run it back the way baseball has always been.”

For now we wait to see just what the new normal for baseball will be….but in the meantime…get up early and enjoy the Korean Baseball League.