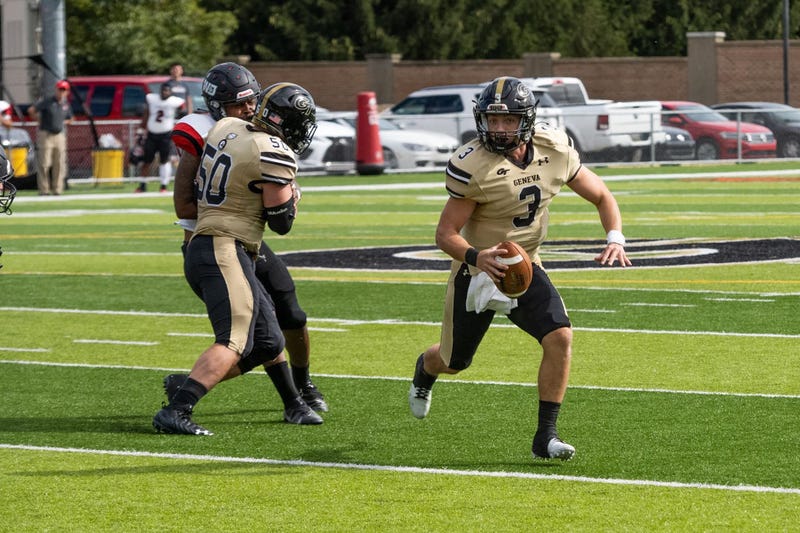 PITTSBURGH (93.7 The Fan) – It’s the dream of most high school athletes, to get to play a sport in college. Imagine getting to play three and be all-conference in all of them.

That is the story of Amos Luptak.  The starting quarterback on the Golden Tornadoes football team. A starting guard on the basketball team and this spring, he joined the Geneva tennis team.

He wasn’t just on the roster for the three teams, he ran the option for Geno DeMarco in football and led the team in rushing and passing for three straight seasons.  Luptak named First Team All-PAC.  He averaged double-figures in his three-year basketball career for Jeff Santarsiero and named to the PAC All-Sportsmanship Team.  He had the second most singles wins on Mandee Craft and Barry Borza’s tennis team this year and named Honorable Mention All-PAC.

“Not only did they work with my schedule, but they made sure I was comfortable and I wasn’t overworking myself ever,” Luptak said of his multiple coaches.  “I had great teachers that were supportive in anything that I did.  They understood if I was busy with a couple of games in a week, especially with night classes, they would let me come in and go over what I missed.  I was so blessed to have people that made it so easy for me.” 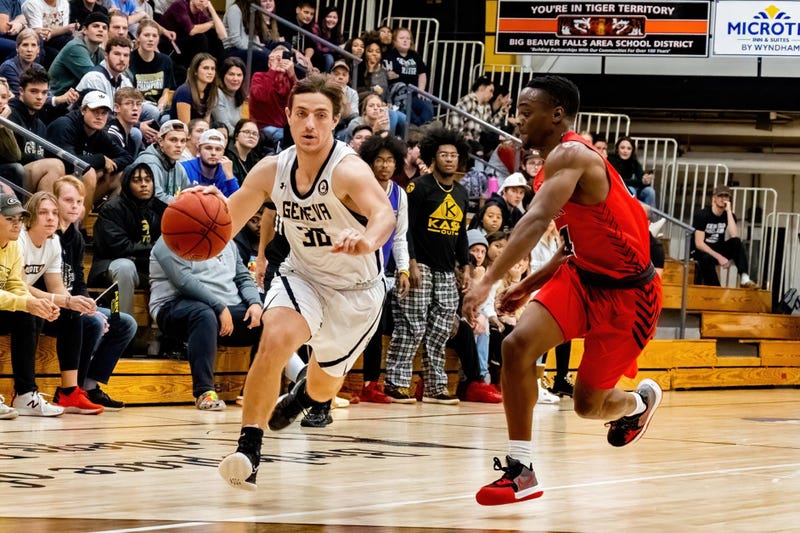 He did this without a scholarship, no scholarships in Division III.  He did it without Name Image Likeness money.  It was his desire to get as much out of college as he could.  What is also notably rare with the story is in the world of coaches controlling everything and not wanting players to play other sports, even in high school, Luptak was able to do three.

“Coaches want their players to be totally bought in and don’t want distractions from the outside,” Luptak told 93.7 The Fan.  “I understand how tough it would be when your starting quarterback is going to basketball practice on a Friday the day before your game.”

“It really meant a lot to me and showed the trust in me.  I really appreciate it.  To get trust and to care about you like that is rare.  I’m so thankful for it.”

Now that he’s graduated with a Masters’ degree, Luptak is going to work for First National Bank.  Oh, he’s now taking up a new sport.  The Quaker Valley, and now Geneva alum, has picked up golf.  He says he’s a bit of a hack now, but watch out. 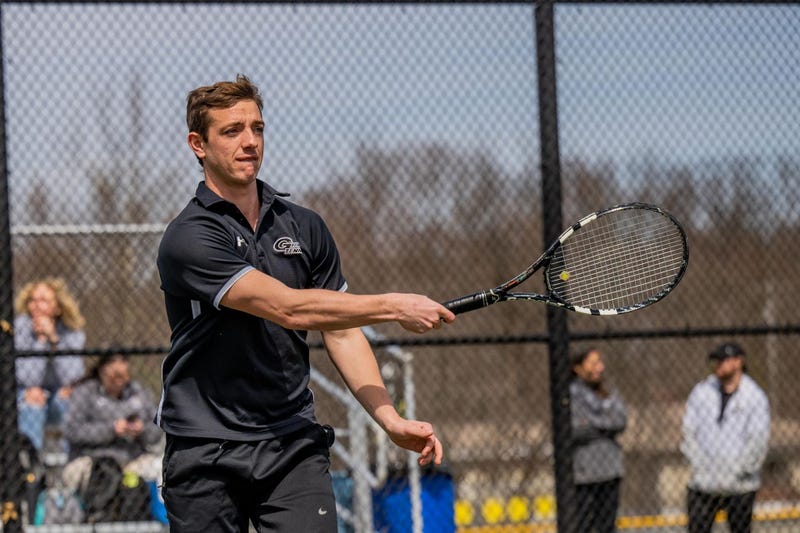 “I went to a school with some of the most giving, caring, wonderful people who made my college career the most fun that it could be and I would not trade it for anything in the world,” Luptak said.

“The whole thing was just surreal to have that much fun in college.”