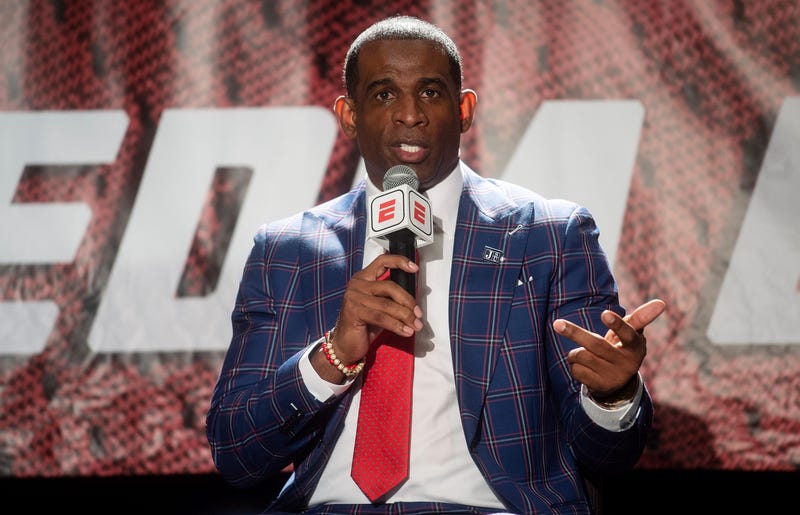 I was kind of rooting for Deion Sanders as he embarks on this coaching thing. Until yesterday. Now I’m indifferent at best and, perhaps, maybe even rooting against the guy.

You’ve most likely seen the video by now. The second-year coach at Jackson State was settled in to do his media availability at SWAC media day when things went quickly --- and catastrophically --- wrong.

A reporter called Deion by his first name. I’ve been taught it is respectful enough to call people by their given first names, particularly coaches who, well, aren’t your coach.

That wasn’t good enough for Deion.

He went on with some nonsense about how the reporter would never call Alabama coach Nick Saban by his first name and then Sanders stormed off.

Not only was he wrong about mentioning Saban in that context (plenty of reporters call him “Nick” at media availabilities) but Sanders looked like a petulant and cantankerous baby who was creating a strawman and building a problem where absolutely none existed.

Quite frankly, he came off trying way too hard to be offended and playing the role of the aggrieved party when there were precisely zero aggrieved parties in the exchange.

But I think there is something bigger at play as the normal talk show fodder has sort of steered today into the paint-by-numbers topics of ‘was Deion wrong?’ and/or ‘should reporters call coaches by their first names?’

Lost in all of this is the SWAC.

The Southwestern Athletic Conference --- in which Sanders represents because he represents Jackson State --- has tried and tried for decades to get on level footing with the big schools. Football programs such as Alcorn State, Grambling State, Florida A&M, Jackson State and Southern have made a recent push for a level of respect and media coverage to be bolstered most notably because of things like the high-profile hire of Sanders.

These are historically black colleges and universities that, in the football landscape, have made concerted efforts to elevate their level of play and have higher-end recruits consider HBCUs when they are coming out of high school.

So now, as we are getting on the other end of the pandemic and we finally had a gathering where we can celebrate all of this and serve to push public relations forward about the league, what happened? Sanders (predictably if you’ve followed his career) made it about himself and nothing more. He took a team event and made sure selfish was the prime meal served that day. No side of anything; just a heaping helping of Deion.

Sanders had the opportunity on a stage for HBCU football schools to praise and proclaim all the positives and use his time to lift up not just his program, but the totality of the SWAC.

He needed to make a mountain out of a nothing.
Needed to try to cast himself as some distressed and wronged party for the sake of victimizing himself.

What a silly display. What a letdown. The guy hijacked what could --- and should --- have been a good day for the SWAC because he can’t help but always make it about himself.

I was rooting for him when he first took that Jackson State job. Now I kind of hope the guy fails. ​