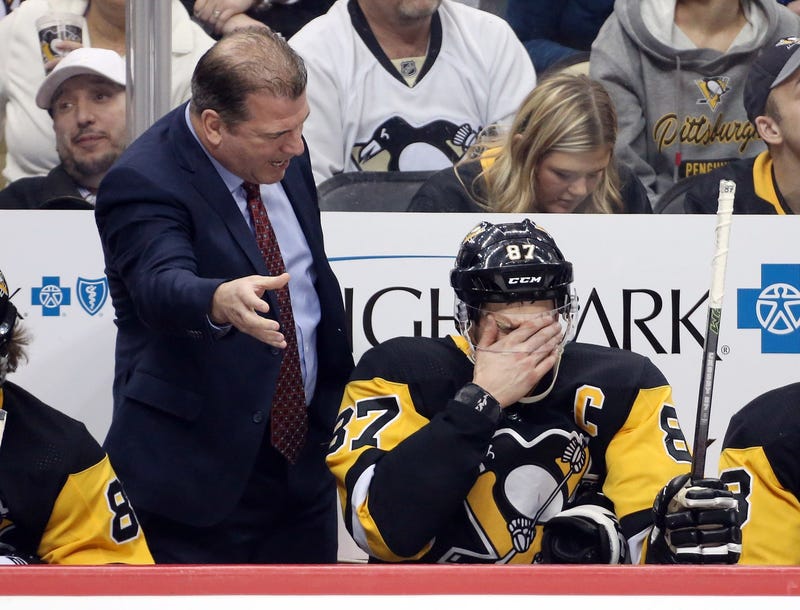 Mark Recchi, one of three Penguins assistant coaches let go by the team after Pittsburgh was knocked out of the Stanley Cup Playoffs in the preliminary round has found a new job.

Recchi will join the New Jersey Devils as an assistant coach.

"We are extremely excited to add Mark to our coaching staff, where his experience as a player, coach, and in development will be invaluable," said Devil’s General Manager Tom Fitzgerald in a statement.
"His work with the power play and managing personnel in Pittsburgh are skills that will benefit our group moving forward. Mark's leadership, communication abilities, patience, and presence will be integral for the growth of our young core."

Jacques Martin, who was also fired by the Penguins, was hired as an assistant coach by the New York Rangers on August 31.

Sergei Gonchar was the other assistant let go by the team.

Recchi, Gonchar and Martin have been replaced by Todd Reirden and Mike Vellucci

Reirden returns to the Penguins after being fired as the Capitals coach. He spent the last six seasons in Washington and the last two as head coach.

He served as an assistant coach with the Pens from 2010-2014 and will again oversee the defensive group and power play unit.

Vellucci comes to Pittsburgh after his first season as the Wilkes-Barre/Scranton Penguins general manager and head coach.

Prior to Wilkes-Barre, Vellucci spend the previous five years as the assistant general manager and director of hockey operations for the Carolina Hurricanes.

Vellucci will work with the Pens forwards and penalty kill unit.

With Vellucci coming to Pittsburgh, the search for the next Wilkes-Barre/Scranton Penguins is underway.