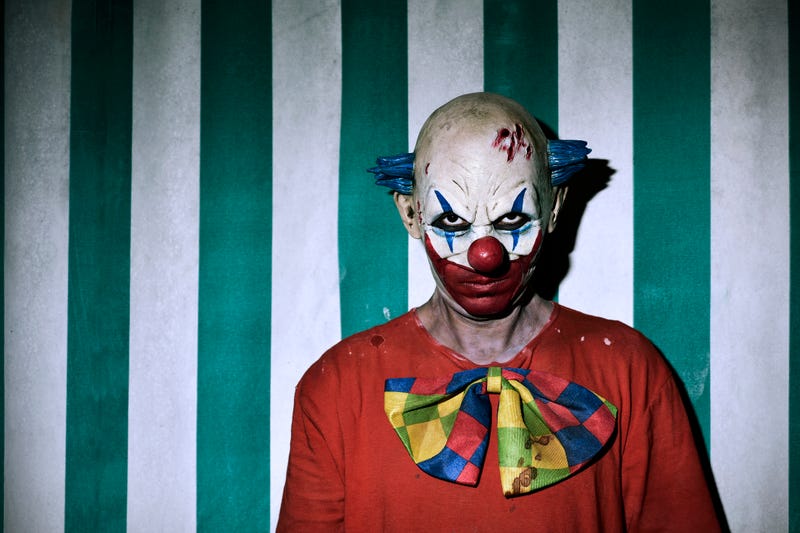 Apparently Penguins defenseman Kris Letang doesn’t want to get any rest this offseason.

In a video posted to his Instagram account, the veteran is seen running toward his son Alex laughing manically, while wearing an “It” inspired clown costume.

The mask isn’t as freaky as Pennywise, but it was enough to make the young Letang run away in fear.

In the post Letang said, “Maybe a little early for that! Sorry Alex.”

In addition, the family dog runs in with the creepy clown-suited Letang, but quickly takes off with the younger Letang as the takes off screaming.

While Kris may have got the laugh it, it could be Alex who gets the last laugh, since he’ll probably be asking to sleep in mom and dad’s room for the next month…or year!

Earlier this year during the NHL All-Star Weekend, the younger Letang stole the show while with the media.

He said he plans to play in the NHL when he gets older.

"I want to play for the Penguins. I'm going to play defense. If my dad is still playing, I'm taking somebody else's place. If he's not, I'm taking my dad's place. That way my dad is going to say the password and I'll just get in. Because he already did it and had the same password."