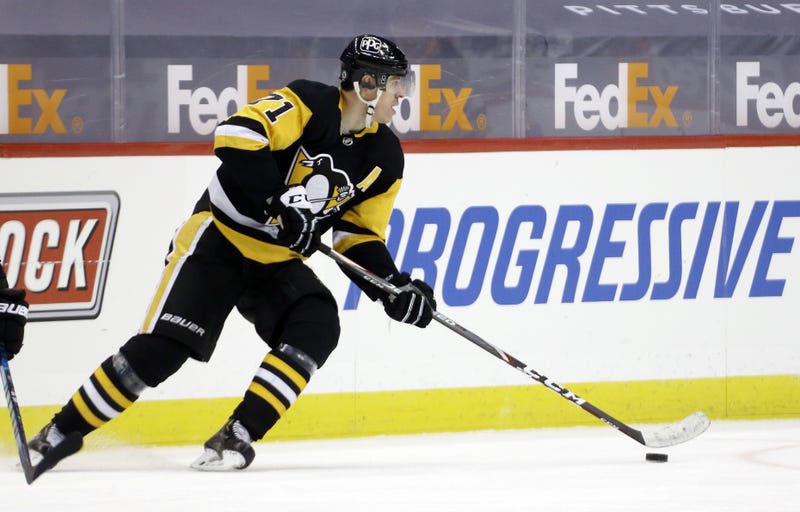 PITTSBURGH (93.7 the Fan) The Pittsburgh Penguins are entering their final battle against rival Washington Capitals possibly with a little extra help at the forward positions.

Evgeni Malkin and Brandon Tanev were ruled as a game-time decision by head coach Mike Sullivan.

Well, technically Sullivan ruled the entire lineup as a game-time decision but that included Malkin and Tanev who skated with the team during an optional morning skate.

Malkin has not played since March 17 with a lower-body injury and is more likely to return tonight as he practiced in a full contact jersey.

Tanev practiced with a no-contact jersey and will likely not play tonight; He hasn’t played since April 5.

Forward Evan Rodrigues, who took a Mike Matheson shot to the foot, has been ruled day-to-day and will not play tonight.

Tristan Jarry was also announced as the starting goalie for tonight in Washington.