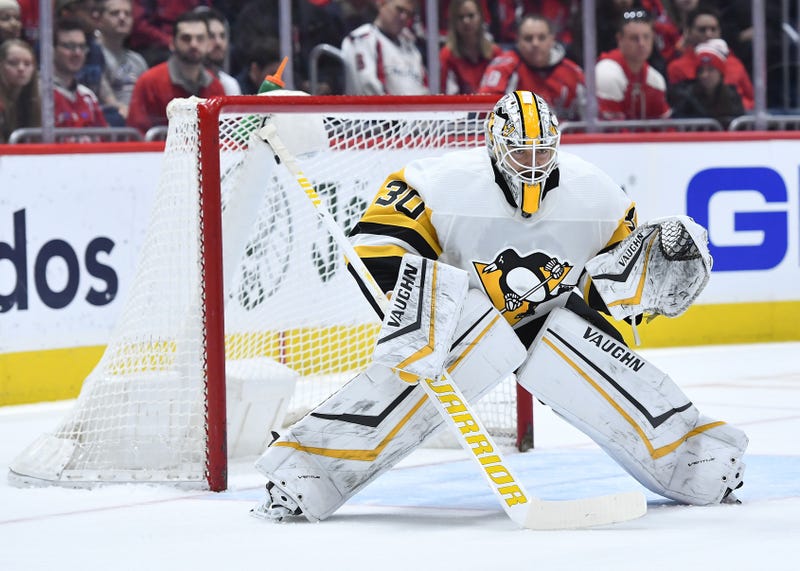 PITTSBURGH (93.7 The Fan) After five seasons with the Pittsburgh Penguins, goaltender Matt Murray was traded to the Ottawa Senators for forward prospect Jonathan Gruden and a second round draft pick (Joel Blomqvist).

In an interview with the Pittsburgh Post-Gazette, Murray said he is “Nothing but thankful for my time there.”

Murray noted how fortunate he was to be a part of a team that had some pretty remarkable accomplishments.

Murray was a huge part of those victories, being the starting goalie for most of the 2017 season and sharing the net with Pittsburgh favorite Marc-Andre Fleury.

“We kind of came up together at the same time and won those two Cups together,” Murray said. “Just those moments in the locker room, I’d say, especially after those two Cup wins.

“I was so fortunate to be part of such a great team and have so many cool moments. I’m going to remember them all, for sure.”

The fact that Murray usurped the starting goaltender role from Fleury left a sour taste in the mouth of many Pens fans, causing Murray to be greatly underappreciated during the last three seasons.

During his time with the Penguins, Murray played 199 regular season games, collected 117 wins, and, most notably, two Stanley Cups in 2016 and 2017.

Murray is still a restricted free agent and has not yet signed an extension with the Senators.