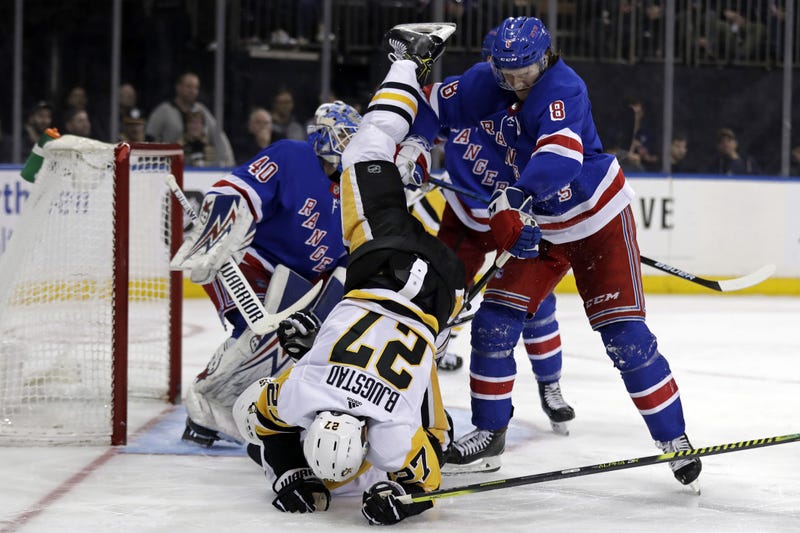 PITTSBURGH (93.7 The Fan) - Veteran center Nick Bjugstad, whose 2019-20 season with the Penguins was a near-total loss due to injuries, was traded to the Minnesota Wild Friday.
In return, the Penguins will receive a conditional seventh-round draft choice in 2021. The Penguins and Wild will also split Bjugstad's $5.25 million salary next season, according to The Athletic's Michael Russo.

Bjugstad, 28, is a former Minnesota Mr. Hockey and University of Minnesota player. Acquired from the Florida Panthers in February of 2019, Bjugstad was being counted on to fill the Penguins third-line center position.
After playing in 10 games, Bjugstad underwent core muscle surgery in November and didn't return to the lineup until March. He played in only three games and underwent back surgery in May.

He finished with one goal and one assist in those 13 games.