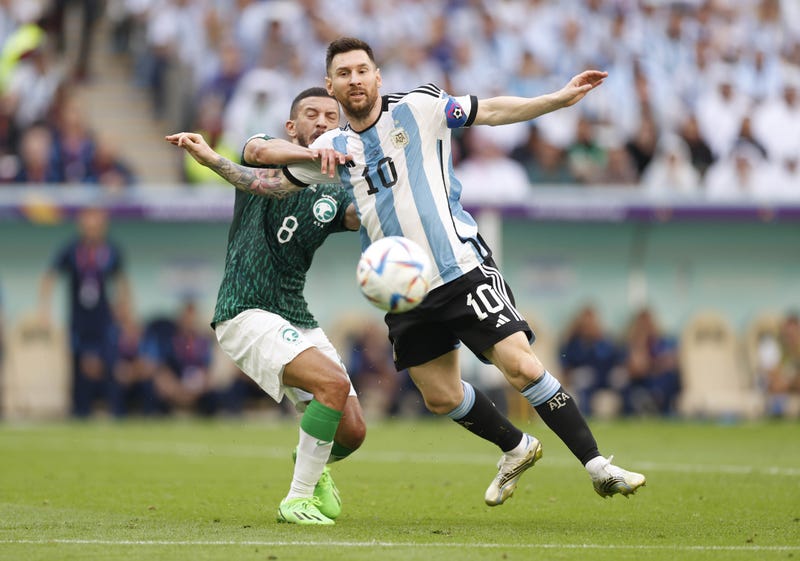 The World Cup attracts millions of live fans and a worldwide television audience in the billions.

Its 22nd edition kicked off last week (and there is no shortage of storylines heading into the colossal tournament).

Brazil is chasing a sixth title. Messi and Ronaldo are wrapping up their international careers. The United States is hoping to make a splash.

The World Cup is big business, and this one is no exception.

Soccer in the Desert

A country the size of Connecticut, Qatar, will bring the World Cup to the Middle East for the very first time.

It’s the smallest country to host a World Cup, and with that comes major costs.

It is estimated that over the last decade, Qatar has spent $220 billion on World Cup preparations.

This is more than every other World Cup combined!

Less than $10 billion was spent on the eight stadiums.

So where did most of the costs come from?

Infrastructure (and it was all built from scratch).

A metro system, airport, over 100 hotels, and entirely new city districts to accommodate the estimated 1.2 million visitors entering the country of just 2.8 million.

Not only was infrastructure a challenge facing the small Persian Gulf state, but also the heat.

FIFA determined that soccer matches in 120-degree temperatures may create issues (like, say, people dying) and for the first time ever, they moved the World Cup to cooler winter months.

FIFA is dishing out roughly $1.7 billion for World Cup costs, the bulk of which comes from operational expenses ($322 million) and the payout of prize money ($440 million).

Here’s how that prize money is allocated (in USD):

Each team has also received $1.5 million to cover preparation costs.

As a nonprofit, FIFA invests most of its earnings into 200+ soccer associations across the globe to help promote the sport.

FIFA has inked media deals with over 600 broadcasters in 223 territories around the globe.

They’ve sold three million tickets, and have a strong list of corporate partners and sponsorships.

FIFA Partners, which carries the highest level of marketing access for brands.

Coca-Cola has had a formal association with FIFA since 1974 and stadium advertising at every World Cup since 1950.

Adidas has supplied the official ball for every World Cup match since 1970.

Some of these include Anheuser-Busch, Byju's, Hisense, McDonald's, Mengniu Dairy, and Vivo.

North American supporters include Algorand, Frito-Lay, and The Look Company.

The World Cup will be different for American fans this time around.

You can bet on matches.

Not only that, but the United States is playing in the tournament (the team did not qualify for the last World Cup).

By kick-off, only 10 million Americans across three states had access to legal betting markets.

According to FIFA, $155 billion was wagered globally during the 2018 World Cup.

That number will be smashed this year.

At 130-1 odds, the United States is a long shot to win the tournament — but that hasn’t deterred gamblers.

The Red, White, and Blue have attracted more wagers to win the World Cup than any other team.

The 2022 World Cup has a chance to be the most-watched in its history, with a global audience of at least 5 billion.

That’s great news for broadcasters around the world.

Players will do pretty well themselves.

While each team pays differently — the further you go the more you’ll make.

Australia has said they will pay each athlete a $140,000 bonus if they make the knockout stages.

And being on a global stage, many players pick up new endorsements post-tournament.

The United States is co-hosting the 2026 World Cup (just wanted to give you the heads up 4 years early).