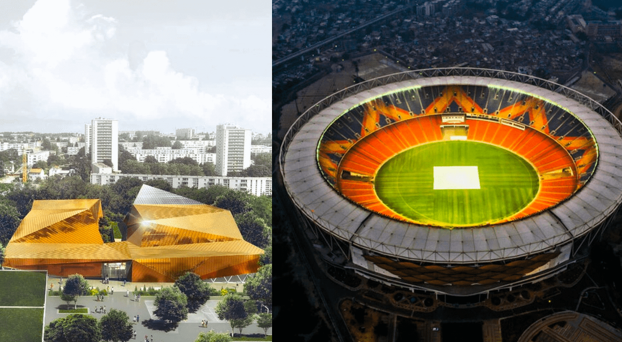 If you want to become a billionaire, here’s what you should do.

Book a ticket to Ahmedabad, India

Visit the nearby Mithakhali Multi-Sports Complex

Download every sports app on the Indian app store

Build a talented team around you (make sure Indians are involved)

Develop a sports tech application suited for the Indian population

In theory, success is quite simple.

But let me explain exactly why the formula above has and will continue to create billionaires.

The Rise of Sports in India

Just 10 years ago, only 6% of the population in India had smartphones.

Today, over 1 billion Indians use them daily — and another 400 million people in India (more than the entire population of the US) are yet to be connected to the global internet.

So why do I bring this up?

For a few reasons…

The rise of the smartphone has a strong correlation to the increase in sports investment and technology — especially in India.

Many westerners are blind to the fact that cricket is the 2nd most popular sport in the world with over 2.5 billion fans.

These two phenomena have led to a behemoth out east.

Imagine if DraftKings, ESPN, Electronic Arts, and Sequoia Capital were one company.

Their sports betting app, Dream 11, raised another funding round in 2021 at an $8B valuation.

On top of that, they launched a $250M sports tech fund, Dream Capital.

Mumbai finished as the top city in terms of sports tech investment in 2021 by a large margin (mostly thanks to Dream 11).

North America received over 50% of the funding in 2021, with the Asia-Pacific region growing the fastest (in large part to India).

I anticipate this trend to continue going forward.

The global sports industry is estimated to be around $700 billion contributing around 1% of the world GDP.

But here’s where it gets interesting…

Sports contribute about 5% to the GDP in a lot of countries, whereas in India it contributes only 0.1% of the GDP.

Adding to this, there are now over 15 domestic leagues in the country — up from just 2 leagues seven years ago.

India’s sports infrastructure, technology, and leagues are lagging behind the United States (for the most part).

But interestingly there is a place where they’re ahead of the curve.

India will be at the forefront of the third version of the internet. Mark my words on that.

Look at a company like FanCraze — they have set the model for sport-specific NFTs.

As mentioned in Web3 x Sports, blockchain-based technologies (NFTs and the metaverse) were some of the hottest investments last year — over $2.5B went towards sport-based NFT companies.

While it slowed down as of late, more will follow as the quirks get worked out.

And India (thanks to its immense density of high-quality engineers) will be building what’s coming in the near future.

How Has India Grown?

The rise of smartphones has been a huge factor in India’s sport growth.

Virat Kohli is the 3rd most popular athlete in the world in terms of Instagram followers (and you’ve probably never even heard of him).

Here are some other factors:

India has some of the world’s best infrastructure when it comes to sports – from stadiums and grounds to even entire villages dedicated to games.

There is a huge amount of support already in place to host matches, games, and training areas.

The advent of these leagues has opened up spaces for a huge number of Indian professional sports players.

Previously, only a handful of Indian players had the opportunity to gain recognition globally for their skill and talent.

Transforming into a sports cultural hub has opened up employment across the country.

Including commentators, media personnel, content creators, and unskilled workers alike, India’s conversion into a global sports hub is beneficial for a huge segment of the population.

I see India continuing to grow at a rapid pace over the next decade.

They went from almost no international sports presence to one of the largest hubs across the world.

If you want to build a billion-dollar tech company, you have a significantly greater chance of doing that in India compared to nearly anywhere else in the world.

over 1.4B people (many who love cricket)

In 10 years, we’ll look back and be amazed at how much tech came out of India.

They use to lag behind the world — thanks to the internet, smartphones, and an array of talented engineers they’ll soon be out in front of it.