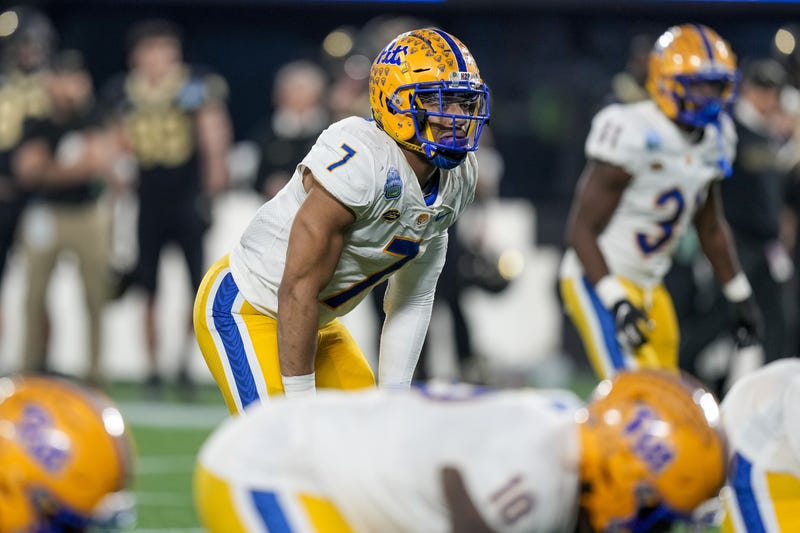 PITTSBURGH (93.7 The Fan) – One of the Panthers most impactful players on their ACC Championship football team, also honored for academic excellence.

SirVocea Dennis joined by four other Panthers named for the 2021 All-ACC Academic Football Team.  Dennis’ pick-six really gave Pitt control of the win against Clemson.  The junior also finished with 10 tackles for loss, a blocked field goal and fumble recovery while showing the versatility, and smarts, to play inside and outside linebacker.

A pair of senior starting offensive lineman also named All-ACC Academic team members.  Upper St. Clair’s Gabe Houy also an All-ACC offensive lineman for his performance on the field.  He graduated with a degree in administration of justice.  Center Owen Drexel, Honorable Mention All-ACC for his work as an offensive lineman, earned his bachelor’s in political science.

Special teams represented as punter Kirk Christodoulou looks to continue his football career in the NFL after earning his MBA from the Katz Graduate School of Business.  Hickory High School grad, kicker Sam Scarton made 17 of 21 field goals, setting a Pitt scoring record and excelled in the classroom as a mechanical engineering major.

"We are tremendously proud of Kirk, SirVocea, Owen, Gabe and Sam for earning All-ACC Academic honors," said head coach Pat Narduzzi in a statement released by the school. "They got the job done both in the classroom and on the field, helping us win an ACC championship. That's what we strive for at Pitt."