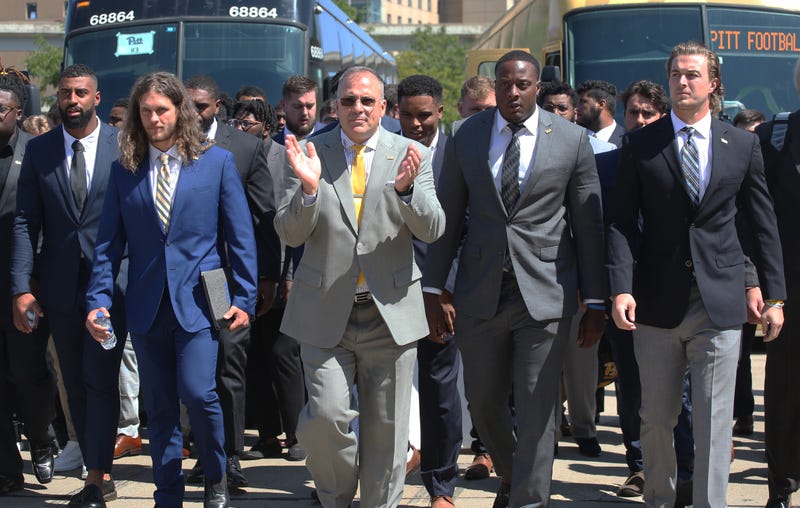 PITTSBURGH (93.7 The Fan) – You might say with this week’s opponent, yeah New Hampshire is 3-0, but they beat Stony Brook, Towson and Lafayette. Given what happened last weekend, as Pitt head coach Pat Narduzzi said any team can win on a given Saturday. He added the Wildcats will be fired up to play at Heinz Field.

Wildcats have three players over 144 yards rushing.  Like last week, Pitt is facing a quarterback that hasn’t thrown a pick.  Sophomore Bret Edwards is completing 68% of his throws, 248 yards per game for seven touchdowns and no interceptions.  Receiver Brian Espanet is 6’3” and has four touchdowns.

“We got to make sure we secure the ball and don’t make those mistakes,” Narduzzi said.  “Make sure defensively that we get them.  That’s the difference in the Tennessee game.  Those are differences in every game.”

“If a team can come into Heinz Field and not turn the ball over on us.  If we turn it over, we have a chance to lose.”