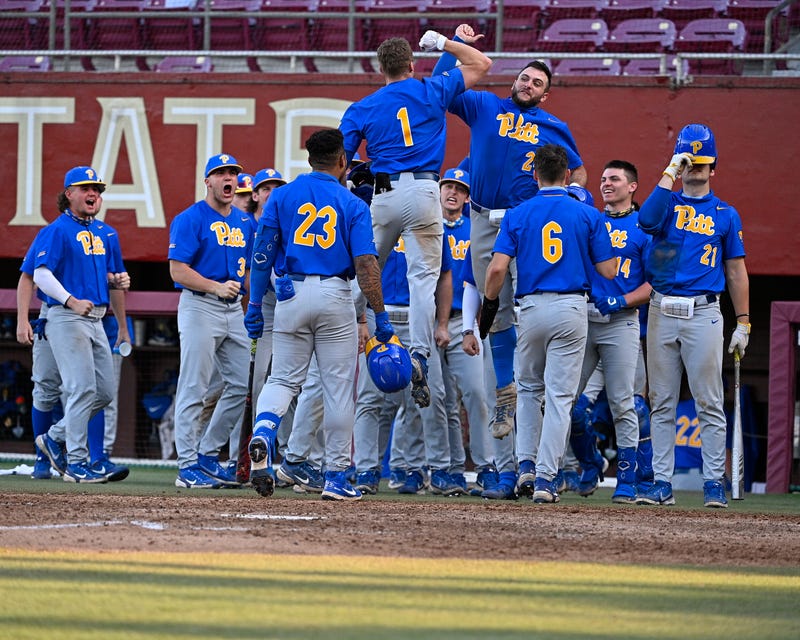 PITTSBURGH (93.7 The Fan) – Never in the history of Pitt baseball did they pull off what they did last weekend. Sweeping national power Florida State in Tallahassee.

Few know the workings of that program better than Pitt head coach and seven year Florida State assistant, Mike Bell.  In his third season with the Panthers, Bell says it meant a lot that the stuff they have talked about from day one is paying off.

“If you do the little things right in your preparation,” Bell said.  “Not just on the field, but off the field.  How we do things within the culture of our program.  You can start seeing the success and seeing the rewards from it.”

Bell believes they started to show improvements last year and then baseball ended due to coronavirus.  The Panthers were 10-6, had five players hitting over .300 and six pitchers with an ERA of 4.00 or lower.

Bell said he and his staff used the pandemic to reflect on what they could do better.  He said they had a great Fall camp and decided to embrace and accept the challenges of COVID-19.

Panthers were challenged in different ways in taking the first three games of the 12-week ACC schedule.  The first win was a 1-0 pitchers dual as Pitt’s Mitch Myers struck out 13 Seminoles batters, then relievers Dylan Lester and Jordan McCrum combined to strike out six more.

Second win, the Panthers jumped out to an early lead and maintained as Matt Gilbertson stuck out 10 over 6 innings.  Chase Smith and Stephen Hansen each struck out three more in a 7-2 final.

Third was the most improbable, after a three run top of the first, Panthers would fall behind 7-2.  They would get two in the seventh and then after pinch-hitting brother Dom Popa was hit by a pitch.  Nico Popa hit a 2-run homer to tie it in the 9th.  Kyle Hess’ two-out double in the 13th would drive in a pair for a 9-7 victory.  Pitt used 10 pitchers, only two gave up runs. 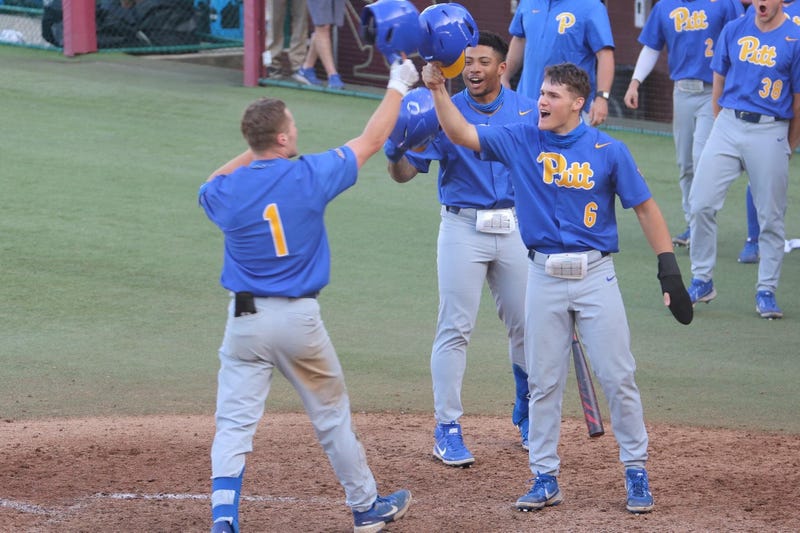 “Showed balance within your team and ability to do different things,” Bell said.

“There is a good buzz,” Bell said of his team.  “They deserve it.  They’ve done some things this program has never done before.  Enjoy the moment, you deserve it.”

Now the gauntlet continues, playing at a Duke team that’s scored 10 runs or more in three of its eight games.