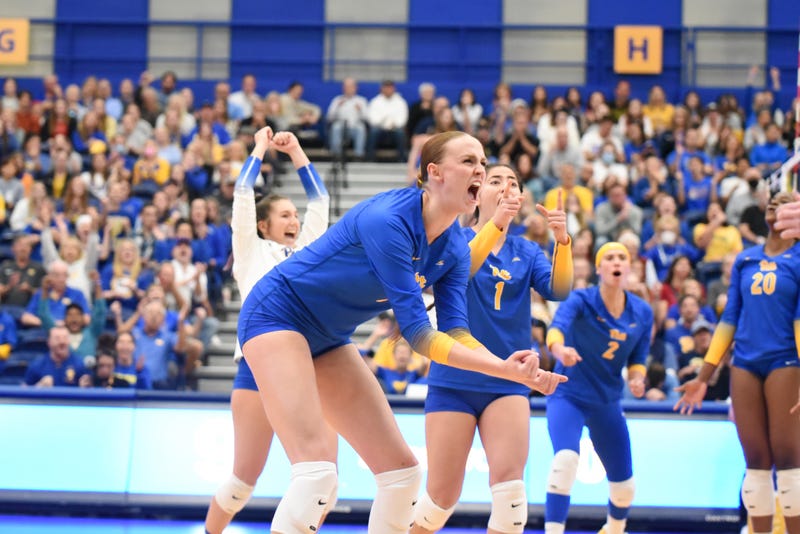 PITTSBURGH (93.7 The Fan) – They are 134-16 the last five seasons. That’s winning 89% of your games. It’s by far the best team in Pittsburgh over the last few years and they’ve playing at the Petersen Events Center on Wednesday at 5p.

The seventh-ranked, 25-3 Pitt women’s volleyball team hosting number 13 Georgia Tech as they step out of their usual home at the Fitzgerald Field House to allow more fans to attend at the Pete. It’s also an opportunity for a post-season tune up.

“This is kind of the preview to our tournament run,” Pitt Head Coach Dan Fisher told 93.7 The Fan. “We expect to be a top 16 team which means we will host the first two rounds at the Petersen Events Center. Volleyball is a game of momentum and the crowd plays a big part of it.”

If you haven’t seen them play, Fisher says it’s fast paced, intense and unlike some sports, no long breaks with quick action.

“I think people will be surprised with how physical it is,” Fisher said. “How big and strong and how high they can jump. You can definitely expect to see defensive intensity and bodies flying in an effort to keep the ball off the floor.”

With the success, the Panthers have seen their attendance grow almost exponentially since he arrived in Pittsburgh a decade ago. Fisher is 252-61 overall and a win away from becoming only the sixth coach in ACC history to reach 150 conference wins and would do so the second fastest, in only 187 games.

“It’s something I never could have never imagined when I got here,” Fisher said. “I think the first couple of years we had a lot of parents at the games and a few students and I convinced the band to come. Being at the Petersen Events Center gives us the chance to get even a little bit bigger fan base. We need the help.”

With wins in the last two matches, Wednesday against Georgia Tech, and ACC Player of the Year Julia Bergmann, and then Saturday against Boston College at the Fitzgerald Field House, the Panthers earn at least a share of the conference championship. Fisher said the Yellow Jackets matchup is the type of game they will play in the NCAAs and he hopes you come give it a watch.

“It’s not why we play,” Fisher said. “We play because we love it, but it certainly is nice to have all of your hard work be validated.”

Specially priced five-dollar tickets can be purchased online by using the code word ‘Fish’ at pittsburghpanthers.com/volleypete.