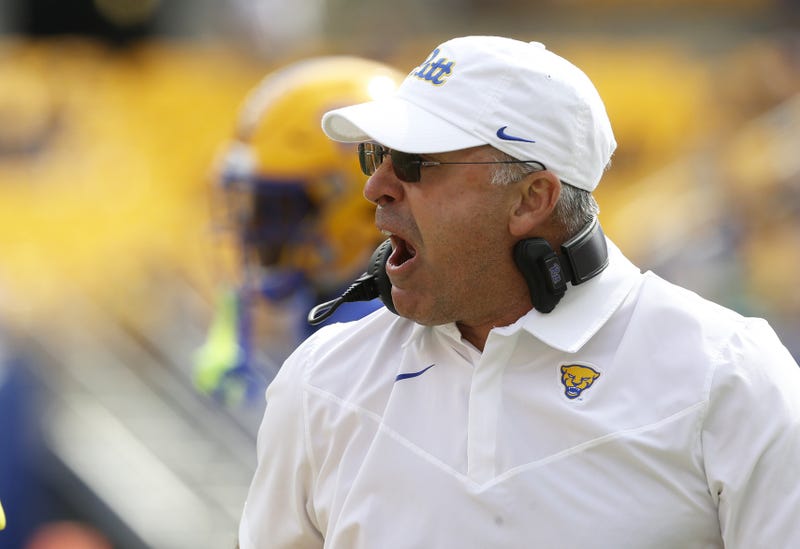 PITTSBURGH (93.7 The Fan) – They received one vote among writers in the Associated Press poll. They are 29th in the Coaches poll and 28th in the CBS Sports football poll.

Pitt head coach Pat Narduzzi wondering why his one loss team isn’t in the top 25 as there are four teams with two losses ranked.

“I still don't see much respect for a 4-1 football team, which is fine,” Narduzzi said this week.  “It's something I'll use.”

“We go out and play with a chip on our shoulder,” said senior Deslin Alexander.  “We don’t care what other people say about us.  We try and keep everything in here.”

So on the one hand Narduzzi will use that as a knock against his football team coming off a pair of victories.  Then almost in the same breath, he will say this about the polls.

“All the pre-season ratings and all that baloney doesn't make any difference,” Narduzzi said.  “It's what you do week in, week out.  No one cares what you did the last couple weeks; everybody cares what you're going to do Saturday at 3:30.”

“A big thing we are harping on this week is to stay focused,” said senior Owen Drexel.

“He (Narduzzi) tells us every single week when we come in here to put your phones away,” said safety Erick Hallett.  “Don’t look at all that-the social media, the poll rankings.  The only ranking that really matters is at the end of week 12.”

“We talk about October separates the men from the boys,” said Pitt assistant coach Archie Collins.  “With that being said, we tell our guys.  Don’t worry about that.  Just win.  Everything will take care of itself.  All you can do is control what you control.”

It’s how coaches use any slights, perceived or real.  They are always looking for an edge and Top 25 rankings on the season or on recruiting are all subject to interpretation.