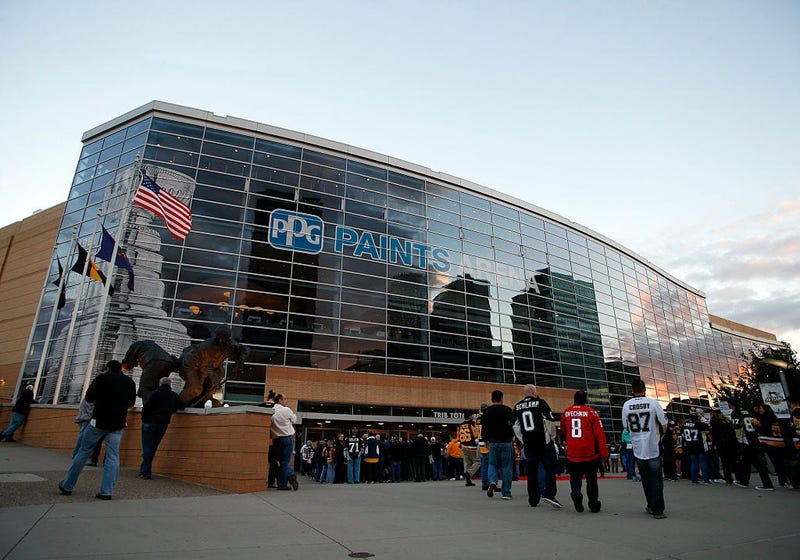 PITTSBURGH (93.7 the Fan) Fenway Sports Group continues to put their stamp on the Pittsburgh Penguins organization.

They announced Monday morning that they have chosen OVG360, the full-service venue management division of Oak View Group, to manage, book, and operate PPG Paints Arena.

The venue contract with agreement with ASM Global is scheduled to expire at the end of the month of June.

OVG360 is a international brand that already has a footprint in the Pittsburgh area, serving at Robert Morris University’s UPMC Events Center.

The Penguins, together with their ownership team at Fenway Sports Group, have selected OVG360, the full-service venue management division of Oak View Group, to manage, book, and operate PPG Paints Arena.

Nationally, OVG360 has begun operations at a few of the NHL’s newest arenas including UBS Arena for the New York Islander and Climate Pledge Arena for the Seattle Kraken.

“OVG is a rising, innovative leader in arena management, and we are proud to welcome their partnership at PPG Paints Arena,” Kevin Acklin, Chief Operating Officer, Pittsburgh Penguins, said. “OVG recognizes the strength and resilience of Pittsburgh’s fan base and the quality of our venue, and we are thrilled to partner with them to focus on the future of sports and live entertainment in Pittsburgh.”

Many of the biggest names involved in OVG360 come from extensive hockey backgrounds.

President of OVG360, Chris Granger, formerly oversaw the business operations for Ilitch Sports and Entertainment with the Detroit Red Wings.

The new agreement confirms that OVG360 will retain PPG Paints Arena’s current local management team and workers, as well as all union relationships.

Read the full release from the Penguins on their website.