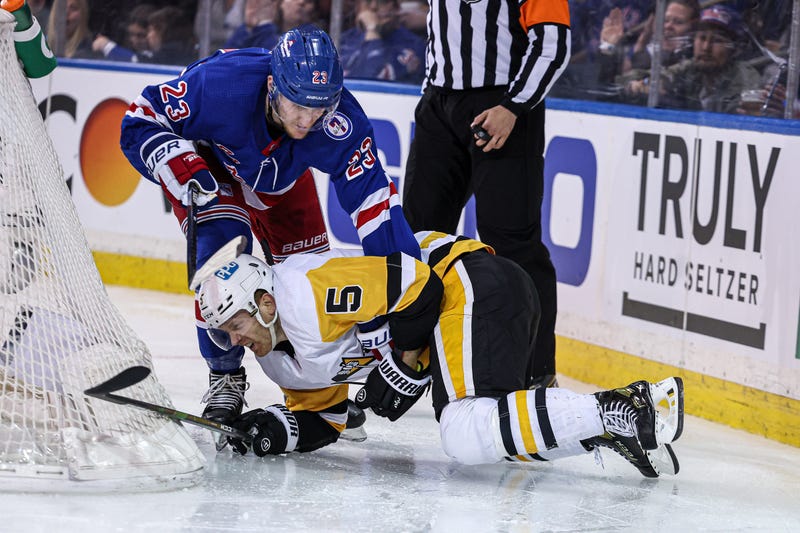 “You remember the first shift of the first game, Guentzel,” Hextall said Monday referring to a high hit on the Pens forward.  “I thought that was pretty bad.  I thought there was some intent there.”

Hextall said of the elbow to the head of Sidney Crosby with the Pens up 2-0 in Game 5.  A hit that forced him to leave the game and miss Game 6.

If you search for Hextall and Penguins, you still don’t have to scroll down far to see him as the Flyers goalie chasing after the Penguins Rob Brown following scoring a goal.  It’s not as if Hextall didn’t play with an edge, the former Flyer accumulated 461 penalty minutes in his career—as a goalie.  Compare that to Marc-Andre Fleury, who has played two more seasons with 56 career penalty minutes.

Pens Team President Brian Burke is an old school Canadian.  He believes teams that win in the post-season should be the toughest and that refs should swallow the whistle in the playoffs.

Even with these two notorious tough guys running the club, the Pens are looking for the National Hockey League to finally do something about hits to the head.

“We as a league have to continue to talk and evaluate where we are with head shots,” Hextall said.  “It’s an issue that prevalent in sports and we need to continue to move forward and try to better our system where we try to get them out as much as possible.  Hopefully completely out.”