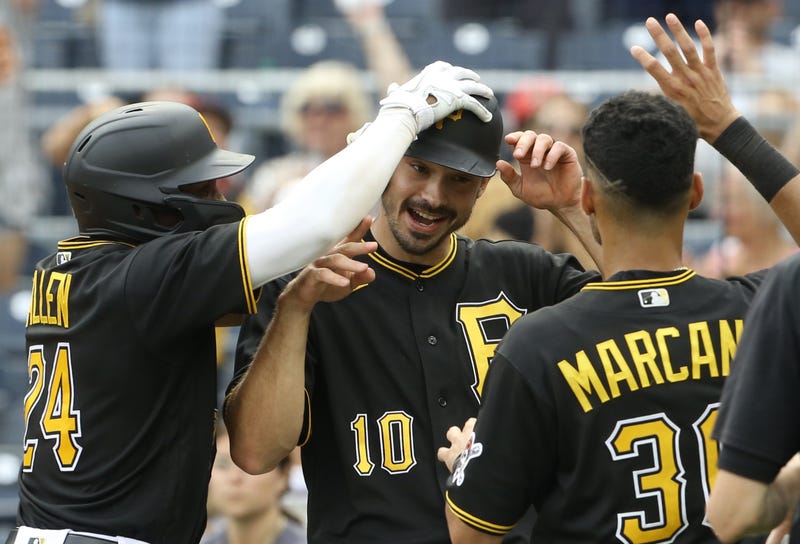 The Pirates have completed a 3-game sweep of the first place Brewers. They secure the sweep today winning 5-4 in ten innings.

The Bucs ended the last two games walking off the Brewers, with Bryan
Reynolds scoring the winning run in each game.

When there was a lot of speculation over the past week during the trade deadline over whether the team would sell or keep Reynolds, he proves to the front office that they made the right choice keeping him.

He had two clutch hits with a walk off home run on Wednesday and a game tying double in the tenth today.

Two recent call-ups for the Pirates proved to pay dividends in the series against the Brewers. Colin Holderman, who came over in the Daniel Vogelbach trade, threw 3 scoreless innings total as he highlighted a good series from the bullpen that only gave up 3 earned runs over 17 innings.

Tucupita Marcano provided an extra boost to line up the past two games.
He went 5 for 8 the last two games of the series while driving in 2. O’neil Cruz collected two more home runs in the series, birnging his total to 8, getting 5 hits total.

The only loss at PNC Park in August so far was the fan who couldn’t handle Michael Brosseau’s home run, leaving him hanging dry.

Mike Brosseau hits a go-ahead 2-run homer and unfortunately a fan loses their water bottle in the process pic.twitter.com/T6zQy9RltE

The Pirates look to keep rolling starting a three game series with the Orioles, returning to Camden Yards for the first time since 2017.