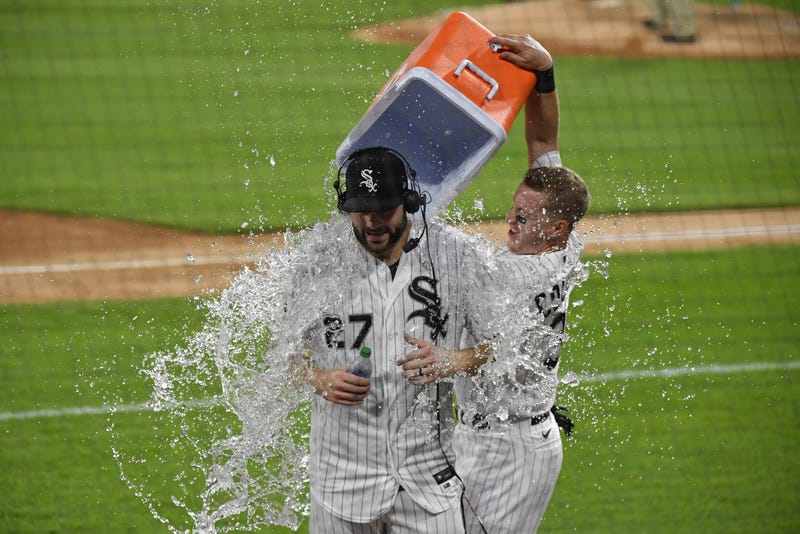 Pirates manager Derek Shelton watched Tuesday night as his team was sat down on strikes 13 times and managed only one baserunner, as White Sox ace Lucas Giolito tossed a 101-pitch no-hitter in Chicago's 4-0 win.

Erik Gonzalez was the only Pirates player to reach base, doing so on a fourth inning walk. Giolito was then perfect the rest of the way.

"You tip your cap," Shelton added. "We saw one of the best pitcher's in the game have the performance of his lifetime."

Giolito is the third player to no-hit the Pirates in the last eight seasons, joining Washington's Max Scherzer in 2015 and Cincinnati's Homer Bailey in 2012. That followed a 55-year stretch in which Pittsburgh was able to get at least one hit in every game.

"It's a credit to him, that's how you look at it," Shelton said. "When guys throw no-hitters, there's a couple of things that have to happen. Number one, you have to have elite stuff that day. Number two, there has to be one or two (good defensive) plays."

And there was, including the final play of the game, a running catch made by White Sox right fielder Adam Engel on a scorching line drive from Gonzalez.

"I was a little bit mad, because I didn't want to be part of history," Gonzalez said. :I tried to hit the ball as hard as I can. Sometimes you do a good swing, but it does not happen."

And that was the case all night for the Pirates, which saw a three-game winning streak ended as the team's bats suddenly came crashing back to reality after a promising weekend against Milwaukee.

The Pirates and White Sox play the second of their two-game series at 2:10 p.m. Wednesday. You can listen to the game on 93.7 The Fan.