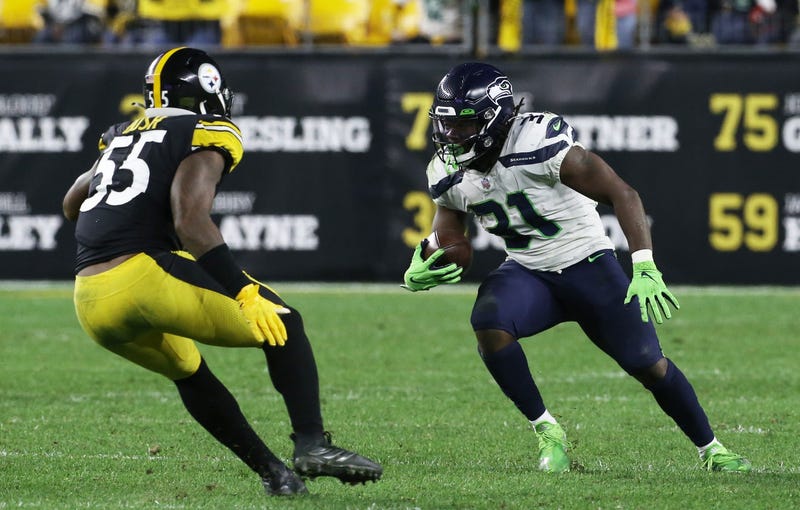 Devin Bush hasn’t been the same since he had major knee surgery over a year ago.

While his speed may not be there, former Steelers linebacker Arthur Moats says he isn’t seeing the effort on tape.

“I’m more of an action guy,” Moats told the PM Team. “So every time we bring up Devin, every time we bring up a player that might be struggling we always want to point to these other things, we want to justify and it’s like no, . . . your tape is going to tell me everything I need to know so don’t’ tell me you want to make plays when I cut the tape on you, you’re not showing that effort.”

“Don’t tell me that you want to make this tackle, well when I cut the tape on, you’re doing everything that is counterproductive to making a tackle,” added Moats.

Moats says that if you didn’t know anything about Bush’s injury past, you wouldn’t look at him on the field and think he was coming off major knee surgery.

Moats say where Moats is struggling is “disengaging from a block,” and that he’s not looking at what’s coming early enough and is reacting too late during plays.

The talent is there unquestionably with Bush, and he’s more naturally gifted than someone like former linebacker Vince Williams but Moats says there is something lacking with Bush.

“Vince wasn’t the fastest guy, but Vince said when I arrive there, I’m arriving with bad intentions, if a lineman or a tight end comes to block me, I’m trying to put my facemask through your face,” said Moats. “When I watch Bush, I don’t think he plays with that same type of mentality.”

Listen as Moats gets more into why Bush is getting more time to prove himself, his technique and more.