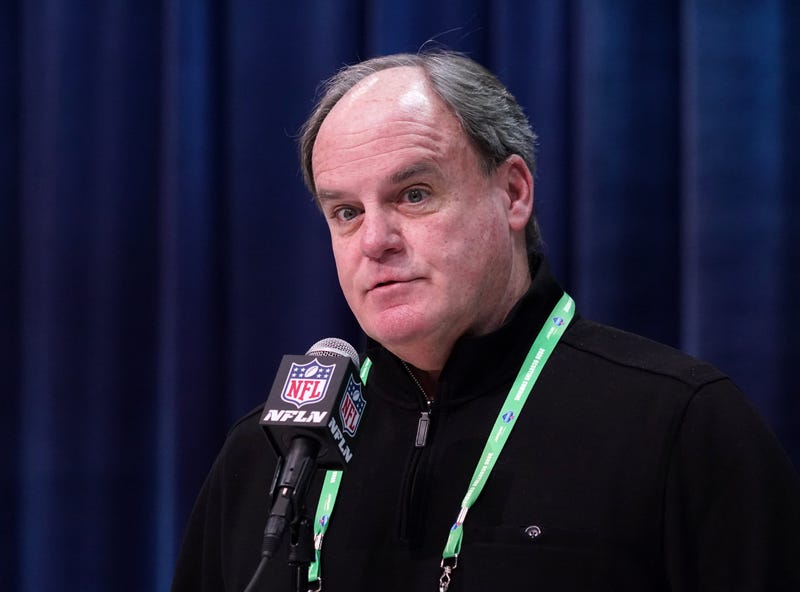 After saying a few weeks ago that “100 percent” Steelers General Manager Kevin Colbert would retire after the draft.

Clayton says that report he got earlier in January was “erroneous.”

“I’m not saying this won’t happen, but it’s been erroneous reported that Kevin is retiring after the draft, that’s not true,” said Clayton on Wednesday with the PM Team. “He’s thinking about it, but he hasn’t decided so it’s like bad reporting.”

Excellent NFL insider @JohnClaytonNFL says talk of Kevin Colbert's retirement has been "erroneously reported." He says Colbert hasn't made up his mind on his future.

Clayton made the comments after being asked about a report that the Las Vegas Raiders have requested an interview with current Steelers Pro Scouting Coordinator Brandon Hunt.

Hunt’s name has been in the mix, along with Steelers vice president Omar Khan as possible replacements for Colbert, if he does step down, with the possibility they could work together and there wouldn’t be an “official” general manager.

If Hunt is talking to Las Vegas, maybe Colbert will return, but it appears we are back at square one.