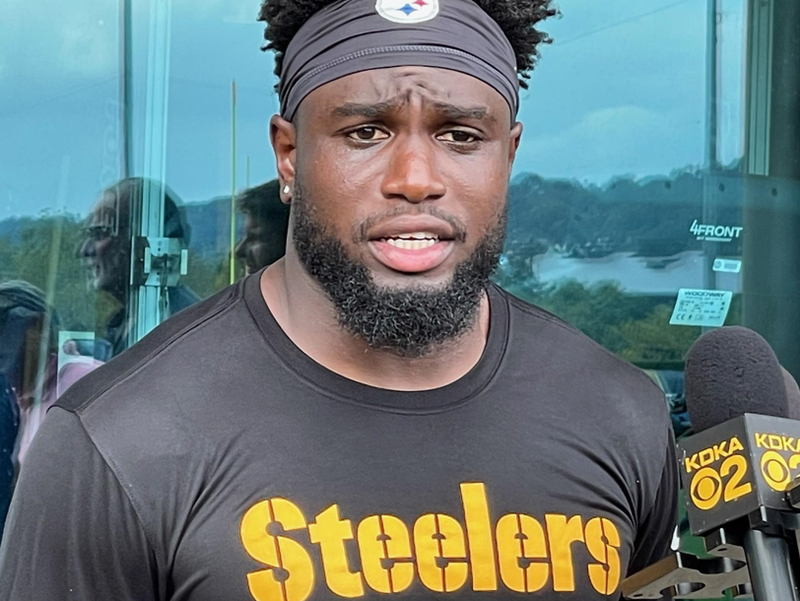 Safety Karl Joseph – a former first round draft pick - is trying to catch on with the Steelers after he was let go by the Raiders in training camp.

He wasn’t expecting to get cut by Jon Gruden and Joseph also wasn’t expecting to hear about the things Gruden had said in emails that surfaced during the NFL’s investigation into the Washington Football team.
Things like racial slurs, homophobic slurs, sexist slurs – pretty much every kind of disparaging comment imaginable – that cost Gruden his job.

“Oh man, it was shocking,” Joseph said after Wednesday’s practice. “Obviously my time with the Raiders didn’t go great but Coach Gruden, man, I have nothing but respect for him and wish him the best of luck.”

Gruden, of course, will need more that luck since it’s doubtful he will work in pro football or network broadcasting any time soon, if ever. Joseph, who was drafted by the Raiders in 2016 and then re-signed after spending last season in Cleveland, says he never experienced anything like that in his two stints with the Raiders.

“It was shocking for me,” he continued. “As far as when I’ve been around that’s not something I ever saw from him.

“He’s a great guy,” as Joseph shook head. “I don’t think he probably meant any harm from whatever it is. I don’t know the extent of whatever happened but from my time around him he’s a great coach, loved football and loved trying to get his guys ready to win.”

“That’s really all I can comment on that,” Joseph concluded.