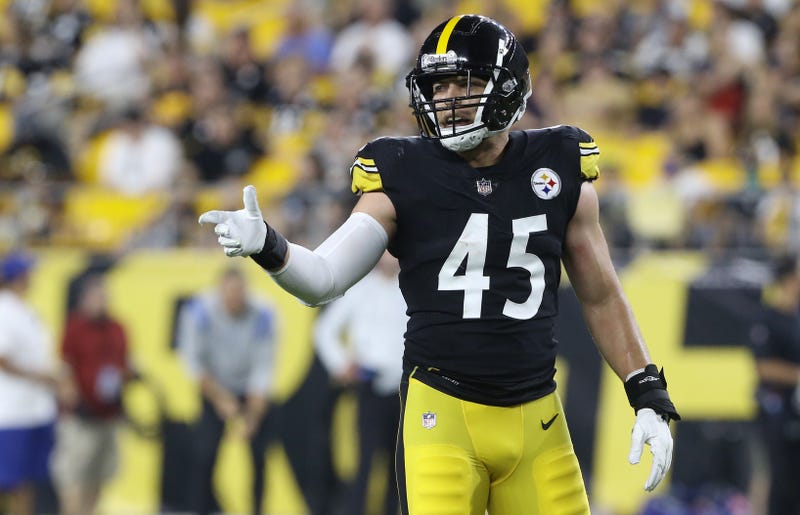 PITTSBURGH (93.7 The Fan) – Steelers head coach Mike Tomlin confirming TJ Watt practiced during team periods for the first time on Wednesday. Tomlin said Watt is a smart guy and has learned from watching others and that was evident at practice.

It’s the first opportunity for new Steelers linebacker Joe Schobert to play with Watt, in the NFL.  They spent 2015 together at the University of Wisconsin, but Schobert was the star.  Schobert had 20 tackles for loss and 9.5 sacks to Watt’s sophomore year of 7 total tackles and 1.5 for loss.

“I always tell people,” Schobert said.  “He was my back-up in college.  I taught him one move, the trap-dip.  I never seen him use the trap-dip.  He has his own things.”

“He took it way farther than I ever took it at outside linebacker.  It’s good to be back with him.  He’s a fun guy to be around.”

It was the first day for Watt to practice during team periods with the defense.  He had been going through individual drills throughout camp, but not with the group as he works on a new contract.

“TJ’s a professional,” Schobert said.  “I train with him in the off-season in Wisconsin sometimes.  He takes his job extremely seriously.  Wherever you want to play.  Put him on a parking lot, he’s going to be ready to play a football game.”

Watt is coming off three straight seasons of double-digit sacks.  The 26-year-old had 13 in 2018, 14.5 in 2019 and 15 last year and led the league with 23 tackles for loss.  Schobert doesn’t expect any issues with Watt being ready for Sunday.  Tomlin says Watt has no limitations in practice and he expects him to play at Buffalo.

“You know the kind of football player he is,” Schobert said.  “If he’s on the football field he’s going to make a lot of plays and be good for our defense.”