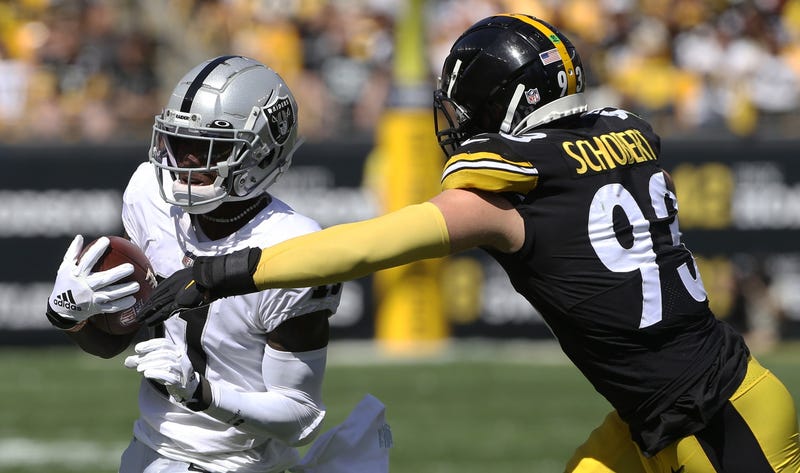 PITTSBURGH (93.7 The Fan) – Joe Schobert played with TJ Watt for a couple of years at Wisconsin. Schobert noted Watt slowed down much of his early career with injuries, overcame.

Schobert doesn’t know if Watt will play against the Bengals on Sunday.  He says if he can’t, it won’t be without exhausting every possibility.

“He’s going to do whatever he can to get on the field,” Schobert said Wednesday.  “I’ve seen that since I’ve known him.  I trust he is going to be smart about his body.  He’s also going to want to get out there because he’s a competitor.”

Schobert only has played two games with the Steelers.  He wasn’t even going to play the Tomlinism of the standard is the standard when it comes to the All-Pro outside linebacker.

“When TJ is out there,” Schobert said.  “The quarterbacks on the other team know they don’t have a lot of time to read defenses or read coverages.  Even if he hasn’t had a successful rush on that side.  They still feel him.  They are usually a little more hurried in their delivery of the ball.”

“You still have a lot of guys behind him who are capable of rushing the passer.  But TJ is TJ.  You know that is on their mind.”

They do have an accomplished player behind Watt.  Melvin Ingram has 50 career sacks.  He’s been a quick study of the Steelers defense and can play either side.