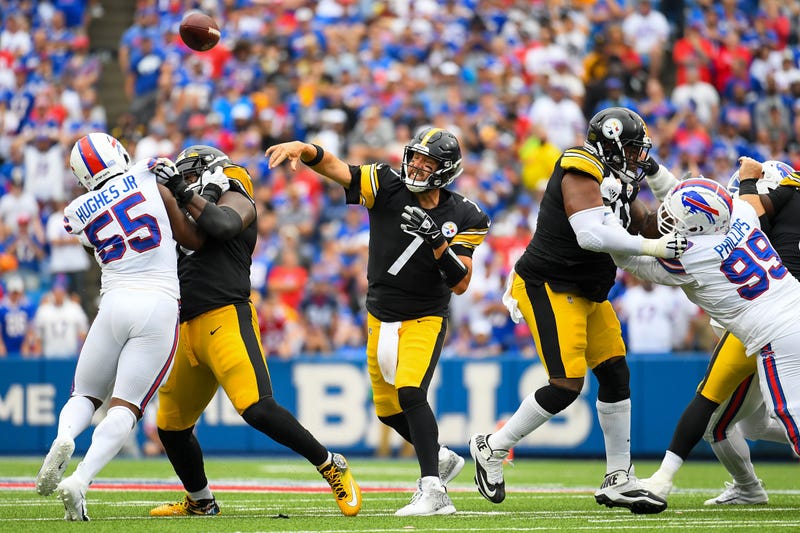 An upset win against the supposed powerhouse Buffalo Bills has landed the Steelers in the Top 5 NFL rankings heading into Week Two.

NFL.com writer Dan Hanzus has the Steelers 5th in the NFL this week, five places better than last week.

Of course it’s only one week into the season, but the Steelers are already a surprised after virtually everyone had the Bills on Sunday.

The 0-1 Ravens and Browns came in at 7th and 8th respectively.

Here is what NFL.com had to say about the Steelers:

All your summer Steelers takes are junk. Mike Tomlin's team went up to Western New York and delivered a team performance that blasted away six months of narratives about the state of Pittsburgh professional football. Minkah Fitzpatrick and T.J. Watt spearheaded a stingy defense that eliminated the big-strike Bills attack that flummoxed the NFL a season ago, and Ben Roethlisberger and the offense found its footing in the second half with scores on four consecutive possessions.

But Yahoo’s Adam Hoge isn’t convinced. He has the Steelers at 8th with Cleveland coming 6th.

“I don't think the Steelers are a real threat in the AFC this year, but they're still a well-coached team with enough talent, which is why it wasn't surprising to see them go to Buffalo and win,” said Hoge.