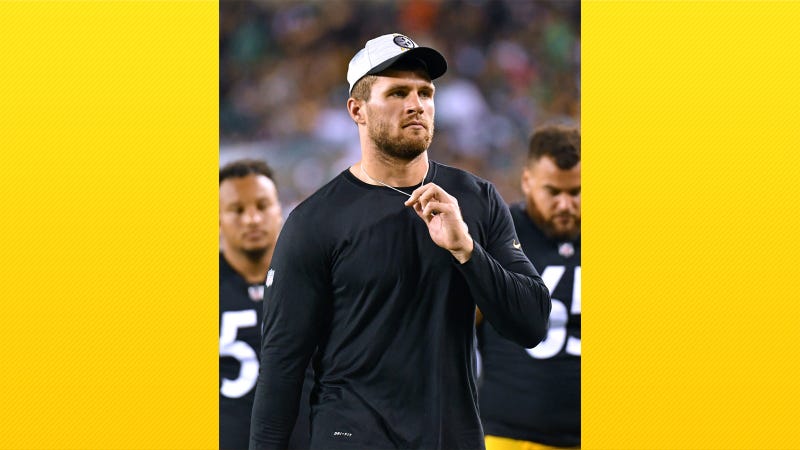 Steelers star linebacker T.J. Watt was a full participant at practice Wednesday and appears he will be ready to go against the Bills on Sunday.

ESPN Steelers reporter Brooke Pryor says that fellow linebacker Joe Schobert told reporters that it was “great to be out there with Watt again.”

TJ Watt was back at practice today, fully participating. And yes, that includes the team period.

Joe Schobert, a fellow Wisconsinite, said it was great to be out there with Watt again.

Coach Mike Tomlin told reporters on Tuesday that he expected Watt to be a full participant when the his team took the field for their first official practice leading up to their opening game against the Buffalo Bills this Sunday.

“I thought he looked good. He was engaged," said Tomlin. "He’s been a full participant in walk-throughs and things of that nature. He’s a smart guy. He can learn from watching others & it’s evident in watching him work today.

Tomlin added he assumes that Watt will be playing on Sunday.

Steelers linebacker T.J. Watt was a full participant at practice Wednesday on the South Side. pic.twitter.com/xMfKgAauRg

Watt has not been participating in team activities this Training Camp but has been putting work in on the sidelines.

There is still no word on if an extension has been reached to make Watt if not the highest, one of the highest paid defensive players in the NFL.

According to several reports, the biggest sticking issue has been guaranteed money.