You've probably seen the video. Brad Holmes has seen it -- and he admits it makes him chuckle. After the Eagles traded down in the third round of the draft and took DT Milton Williams, one pick after the Lions took DT Alim McNeill, TV cameras caught a rather awkward moment in the team's war room.

GM Howie Roseman was delivering fist bumps to his staff when he was pretty much snubbed by Eagles senior director of player personnel Tom Donahoeto. Turns out, Donahoeto really wanted McNeill; Roseman confirmed as much on 94 WIP on Tuesday.

Somebody (last guy) in the #Eagles draft room doesn’t seem to agree with Howie Roseman’s pick of Milton Williams at all. 😬 pic.twitter.com/J2ygTHnvLl

The Eagles, who traded down from No. 70 to 73, likely weren't expecting Holmes and the Lions to take a defensive tackle two picks in row after drafting Levi Onwuzurike in the second round. But Detroit liked McNeill too much to pass up the chance.

Asked about the Eagles' reaction during an interview Thursday on PFT Live, Holmes said he got a little kick out of it.

"Somebody mentioned that there was something that came out about us selecting Alim," he said with a laugh. "I had no idea and then I saw the video the next day. But he’s another one that we’re just extremely thrilled to land. ... But yeah, it was kind of amusing when I saw the video."

Can confirm from 2 independent sources that was the case. But he wasn’t only one who wanted McNeill. Donahoe also thought another 6th was needless.

The Lions were one of only two teams in this year's draft to spend their first three picks in the trenches. Like OT Penei Sewell at No. 7 and Onwuzurike at No. 41, Holmes said McNeill was simply the best player available to Detroit at No. 72.

"I’ve been saying all along that we’re just going to pick the best football players available to us, and that’s what we did," he said. "He just happened to fall into the, yes, best football player available, but also filled a need that we had at nose tackle. Really excited." 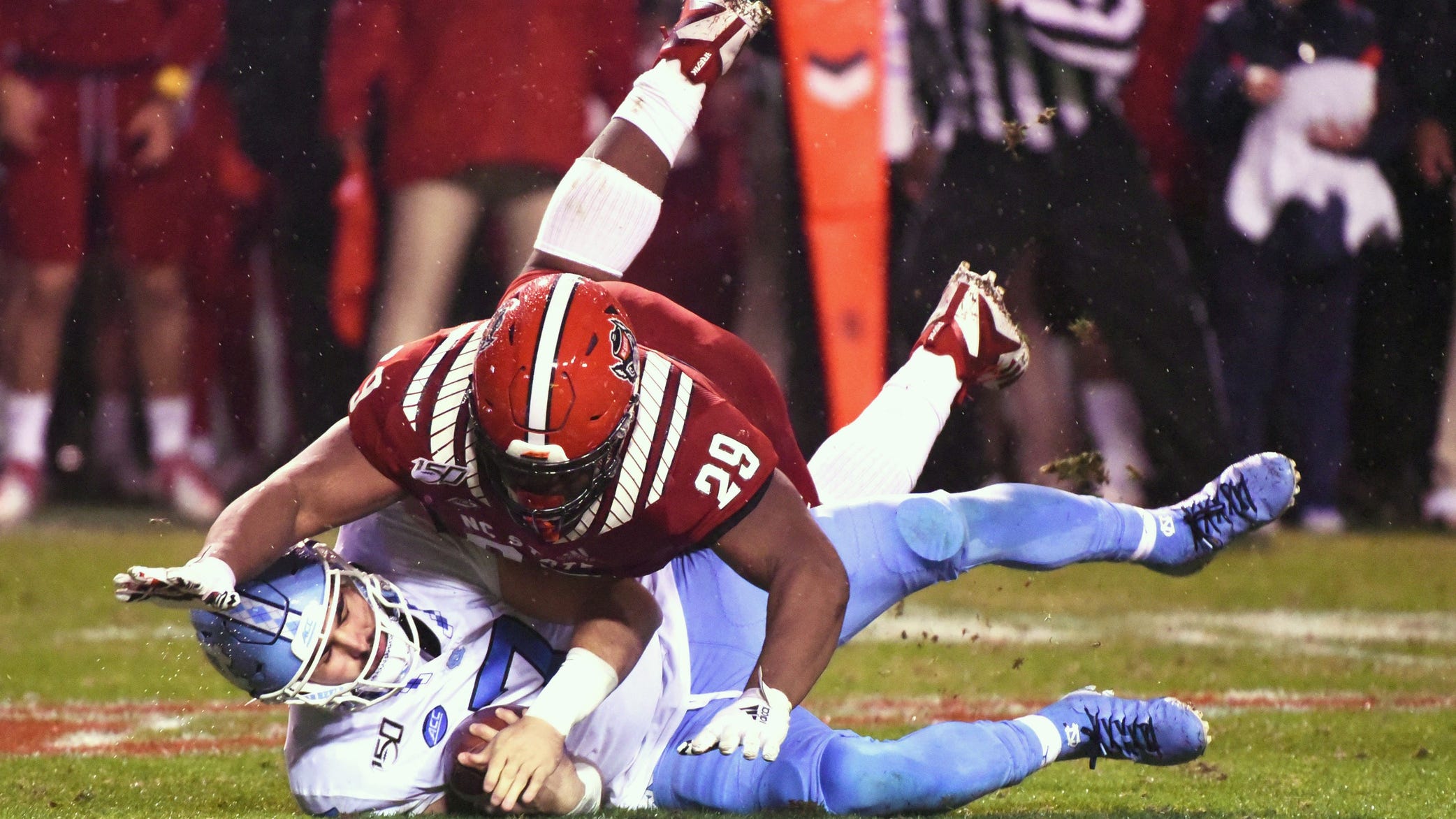 'Create havoc, destroy blocks:' Alim McNeill ready to muck it up for Lions

McNeill, who put up 17.5 tackles for loss and 10 sacks over three seasons at NC State, should boost the interior of Detroit's defensive line from the jump. The Lions need all the help they can get after allowing over 130 rushing yards per game and finishing dead last in total defense in 2020.

"Alim, it looks like he’s just a tough, space-eating, two-down nose tackle. But no, he’s quick and he’s explosive," Holmes said Tuesday on 97.1 The Ticket. "He’s a natural athlete that didn’t play D-line until he got to college. He was a running back and a linebacker and a star baseball player (in high school)."

"I love the fact that he’s built like a tree trunk with long arms, but man, he can explode off the line, get an edge on a guy and he’s by you in a hurry. Those dudes are hard to block now," Campbell said. "So that was really intriguing. We can put him in there at nose and let him anchor in the run, but then he’s got the quickness and explosion to put pressure on the quarterback."

Somewhere, Donahoeto is nodding his head.