Jason Kelce has had plenty of experiences playing at MetLife Stadium given his NFC East background, and he says the home of the Giants and Jets is by far the worst field he has ever played on over the course of his 11-year NFL career.

“Least favorite, hands down, not even close, MetLife Stadium,” Kelce said on the WIP Morning Show, serving as a guest host on Wednesday morning.

Kelce has played his entire NFL career in the NFC East as a member of the Eagles, and even ran around the turf field during a torrential downpour at MetLife last year. But the turf is his reasoning behind the stadium rnaking last for him. 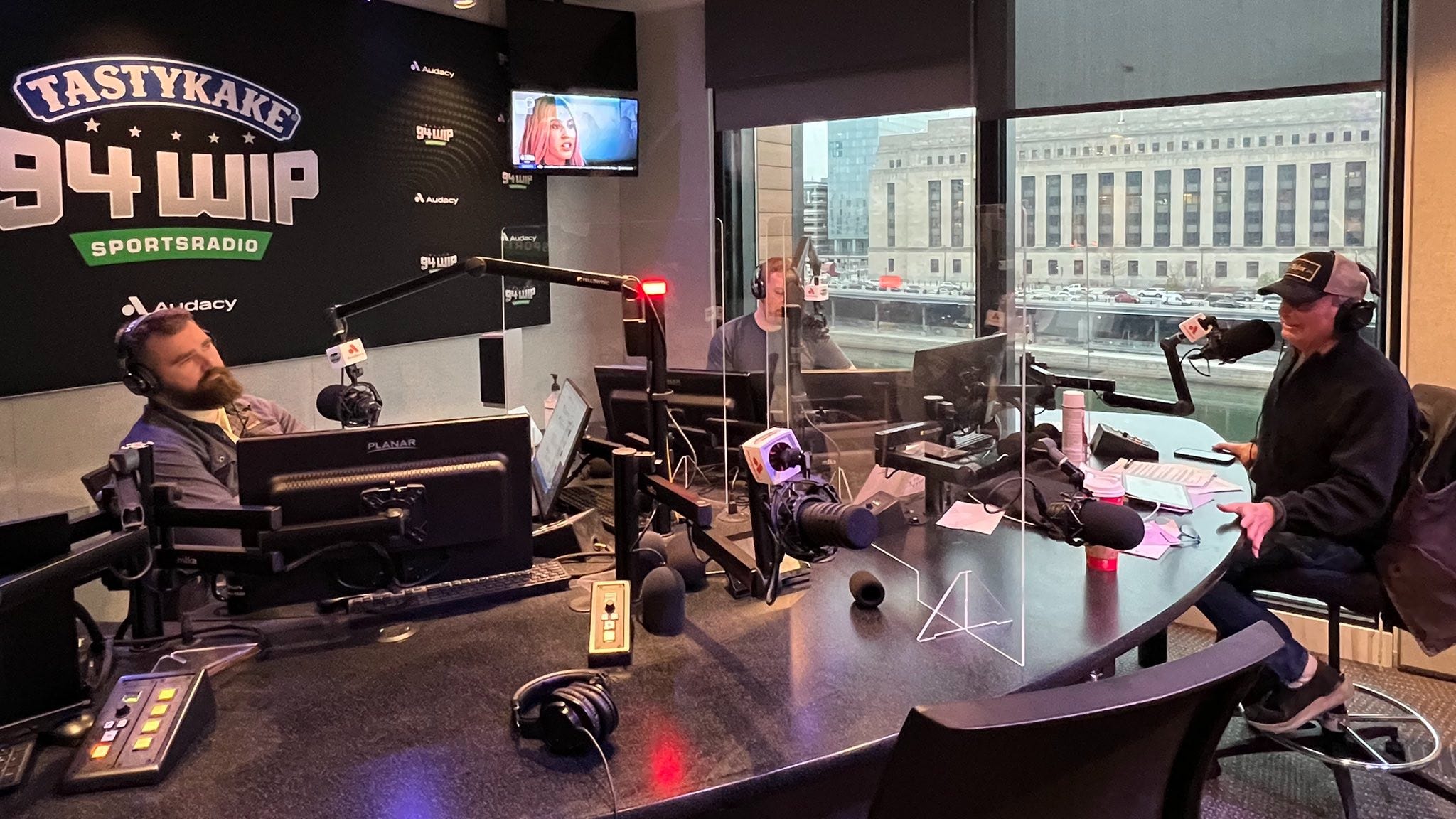 Sirianni, Stoutland beg Kelce to return during his guest host gig on 94WIP

“It’s a terrible surface,” Kelce said. “I’m surprised the league hasn’t stepped in at this point. But I think it’s really bad. There’s a higher injury rate on that surface for years now. I don’t know if it’s because there’s two teams playing on it or what’s going on there but it’s easily the least favorite.”