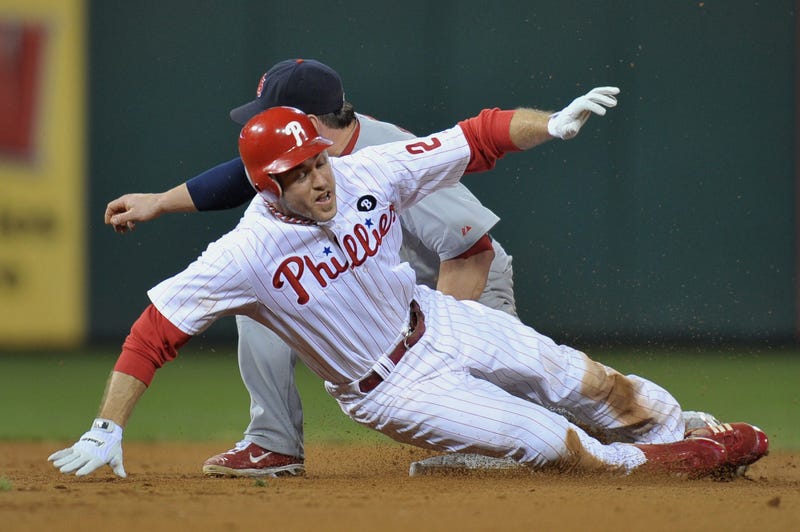 Chase Utley, #26 of the Philadelphia Phillies, is caught attempting to steal second base in the bottom of the sixth inning against Nick Punto, #8 of the St. Louis Cardinals, during Game Five of the National League Divisional Series at Citizens Bank Park on Oct. 7, 2011, in Philadelphia, Pennsylvania. Photo credit Drew Hallowell/Getty Images
By Dave Uram, KYW Newsradio

PHILADELPHIA (KYW Newsradio) — The Phillies’ first playoff series in 11 years will be against the team they faced in their last one: the St. Louis Cardinals.

Even more, Game 1 on Friday at Busch Stadium — where the entire best-of-three series will be held — takes place exactly 11 years to the day that the Phillies lost Game 5 of the 2011 NLDS to St. Louis at Citizens Bank Park. 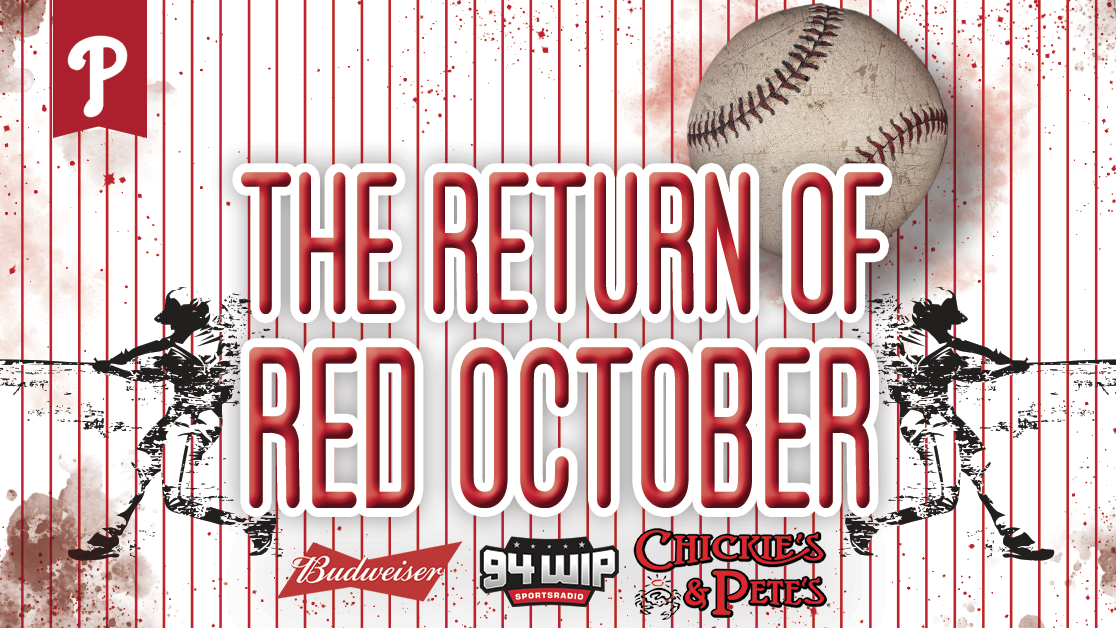 There’s a lot riding on this series. Let’s take a look back at the history between these two franchises and why Phillies fans should be pumped up this weekend.

Payback for the end of the golden era

The 2011 Phillies racked up the most regular-season wins — 102 — in franchise history. But winning on the last day of the regular season against Atlanta knocked the Braves out and helped the surging Cardinals into the playoffs as the wild card team.

The best-of-five series got off to a good start with the Phils taking the opener 11-6 behind the arm of the late Roy Halladay and the bats of Ryan Howard and Raúl Ibanez. But in Game 2, starting pitcher Cliff Lee blew a 4-0 lead, turning it into a 5-4 loss and an even series heading to Busch Stadium.

Game 3 went to the Phils 3-2, thanks to a seventh-inning, three-run home run from Ben Francisco.

But with a chance to clinch and advance to their fourth consecutive National League Championship Series, they lost the next two games. (Game 4’s 5-3 loss at Busch Stadium is remembered for the infamous “rally squirrel” that ran in front of home plate.)

And then, Game 5 — the last time Red October filled Citizens Bank Park — was the extremely disappointing 1-0 loss that eliminated a team with very high expectations from the postseason.

Halladay was outstanding, allowing only one run through eight innings. That run came in the first after Rafael Furcal led off the game with a triple. But Halladay’s close friend, Chris Carpenter, got the better of the matchup, holding the Phils offense to only three hits.

Chase Utley led off the ninth inning with a long fly ball to the warning track in center field. Two batters later, Ryan Howard grounded out to end the season and that golden era of Phillies baseball as he ruptured his Achilles running to first base.

Blowout win in 2008 helped pave the way to the ’chip

On June 13, 2008, at Busch Stadium, the last Phillies team to win the World Series showed their legendary offensive might with back-to-back-to-back first-inning home runs off Todd Wellemeyer in a 20-2 victory over the Cardinals.

Utley, Howard and Pat Burrell went yard in that rout, making that one of the more memorable regular-season moments of their world championship season.

Former Phillies third baseman Scott Rolen was supposed to be a core player for many years in red pinstripes. He was the most exciting player on a losing team in the late ’90s, with an unbelievable glove at third base and very good offensive production.

However, Rolen grew frustrated with the organization’s losing ways, clashed with manager Larry Bowa, and turned down a contract extension in a desire to play for a winner. Ultimately, Rolen was traded to the Cardinals and won a World Series with them in 2006. But the saga left a bitter taste in the mouth of many Phillies fans who continued to boo their former all-star well after the dust settled on the pain of the early 2000s.

Despite very worthy numbers, Rolen is not on the Phillies Wall of Fame. The organization did, however, make its case in December 2020 as to why Rolen is worthy of going into the Hall of Fame in Cooperstown.

“Slam Duncan” was the headline on the back page of the Philadelphia Daily News on May 10, 1993. The day before, former Phillies second baseman Mariano Duncan indicated to many that 1993 was going to be a very special season — which resulted in a National League pennant.

Trailing the Cardinals 5-2 in the eighth inning on Mother’s Day at Veterans Stadium, Duncan stepped up to the plate with two outs and the bases loaded against Hall of Fame reliever Lee Smith.

Duncan smashed a high pitch to left field, and the 46,000-plus crowd at The Vet went nuts. (Listen to the legendary call from the late Harry Kalas and Richie Ashburn.)

The Phillies got off to a hot start in 1993 with a phenomenal April, and that carried over into the ensuing months with this win. The Phils went from worst in the National League Eastern Division in 1992 all the way to first in one magical season.

Before Duncan gave Phillies fans a Mother’s Day memory for a lifetime, the Phils and Cardinals actually duked it out — literally — in spring training.

Based on the 1993 Phillies video “High Hopes,” third baseman Dave Hollins was tired of getting hit by pitches, and he was frustrated with Phillies pitchers for not retaliating and hitting someone on the other team.

It was considered one of the important early moments in that season, showing how tough the 1993 Phillies were going to be. 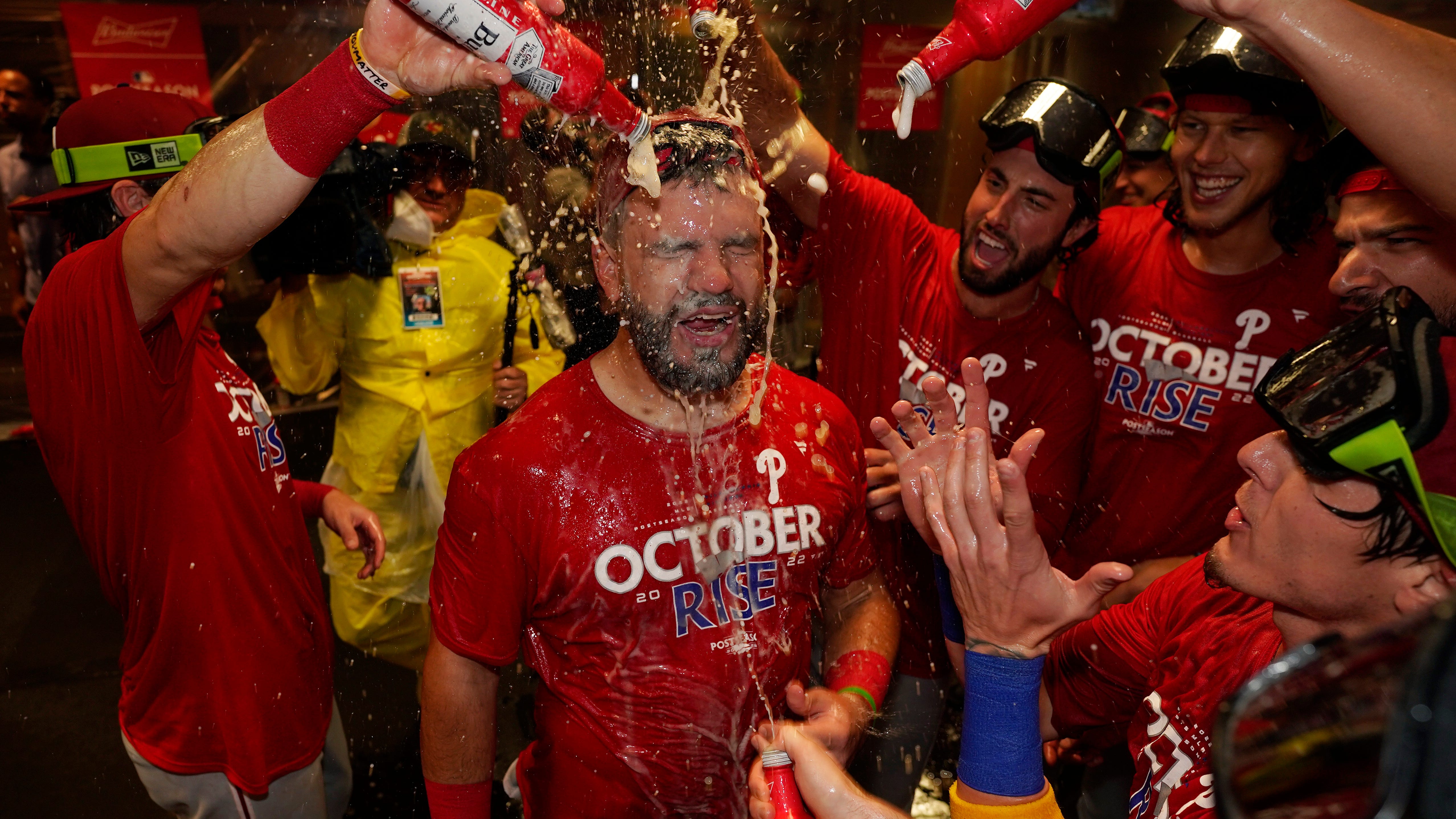 Phillies down Astros for 1st playoff berth since 2011

The 2022 club has also shown its share of toughness, overcoming a lot of adversity including injuries to key players, a mid-season managerial change, and the mental challenge of overcoming the horrors of past September slides. While this September wasn’t great either, it was good enough to get back to the playoffs for the first time since 2011.

The formula to winning this series is simple: Get great starts out of starting pitchers Zack Wheeler and Aaron Nola in the first two games, play solid defense, and keep the bases busy with production on offense.